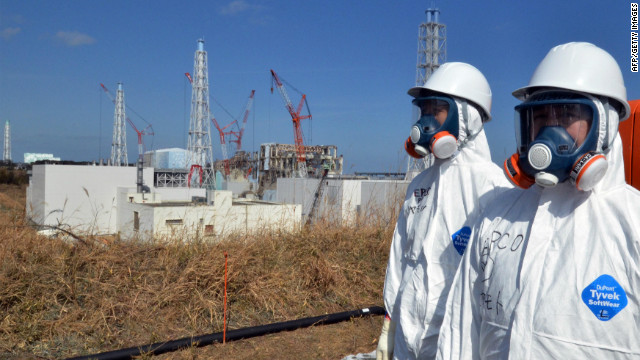 News of the finding also comes after scientists reported finding mutant butterflies - withÂ abnormalities in their legs, antennae and abdomens, and dents in their eyesÂ -Â in and around Fukushima prefecture in the months after the nuclear disaster.

The previous post-disaster radiation record in fishÂ - 18,700Â becquerels per kilogram, or 187 times the government's limit - was found in landlocked salmon inÂ Iidate village, Fukushima prefecture, on March 18, according to Japan's fisheries agency, which has conducted its own tests in conjunction with local governments.

The vast majority of the thousands of fish tested since the disaster are within the government'sÂ radioactive cesium limit, according to the fisheries agency.

4:52 pm ET December 5, 2022 RETWEET
@javimorgado @CNN We were all honored to work with you. You somehow maintained the best attitude, weâ€™re the most entwitter.com/i/web/status/1â€¦j1r4
sarasidnerCNN

5:43 pm ET December 5, 2022 RETWEET
The Duke and Duchess of Sussex have an early Christmas gift for their supporters. A new trailer for their Netflixâ€twitter.com/i/web/status/1â€¦bo
cnni