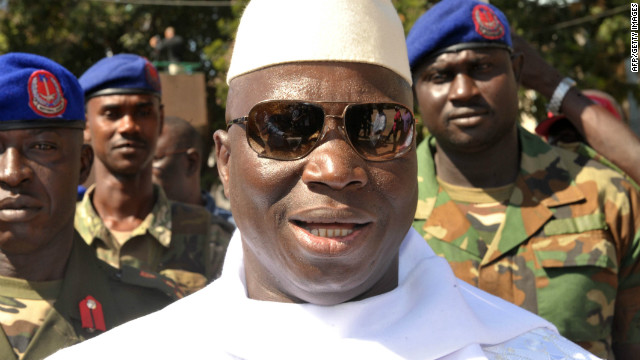 Gambian president Yahya Jammeh says all 44 people on death row will be executed by mid-September.
August 23rd, 2012
03:23 AM ET

The tiny West African nation last executed an inmate about 30 years ago.

It is unclear what prompted the change in stance.
By the end of last year, Gambia had 44 people on death row, including two women, according to human rights activists.