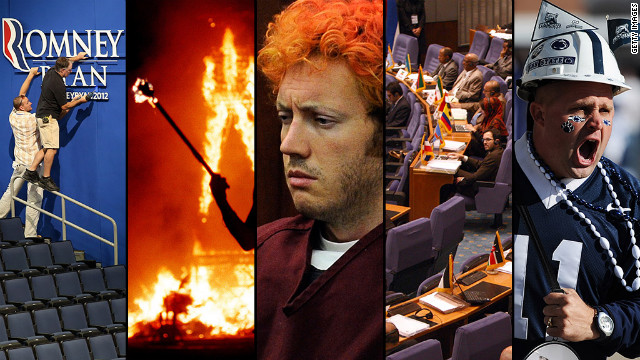 Setting the stage for the race to November, The Tampa Bay Times Forum hosts the Republican National Convention. The Republican National Committee canceled the program's first day because of Tropical Storm (soon to be Hurricane) Isaac. The convention will convene on Monday and then immediately recess until Tuesday afternoon, RNC Chairman Reince Priebus said.

The convention has been scheduled to culminate Thursday with Mitt Romney accepting the GOP nomination for presidential candidacy. However, a GOP source confirmed to CNN late Sunday afternoon that Republican Party officials are considering extending their convention by a day.