The Nittany Lions' home game against Ohio University¬Ýalso will be the first time¬Ýsince 1966 that the team starts a season without Hall of Fame coach Joe Paterno, who died in January, two months after the board of trustees fired him for allegedly¬Ýfailing to take his knowledge of the scandal to appropriate authorities.

Though Sandusky was convicted in June, many parts of the Sandusky matter have not been resolved. Here is where things stand in the scandal:

END_OF_DOCUMENT_TOKEN_TO_BE_REPLACED

Editor's note:¬ÝWe're listening to you. Every day, we spot thought-provoking comments from readers. Here, you'll see highlights from some of today's conversation.

It seems like everyone has been talking about Clint Eastwood's surprise speech at the Republican National Convention, during which he addressed an "invisible Barack Obama" sitting in an empty chair. The speech got an interesting¬Ýreaction and even spawned its own meme, termed "eastwooding." Readers have mixed emotions about the speech, and about Hollywood politics. But for some, Eastwood's words were a refreshing inversion of what they see as Tinseltown's typical perspectives.

Eastwood, the empty chair and the speech everyone's talking about

Two iReporters expressed support for Eastwood. Rick Huffman of St. Joseph, Michigan, shared a video of his own not-so-empty chair with a gun holster at its side and a cowboy hat on top. When asked about the impact of the speech, he gave a simple answer.

"The chair? Not much," he wrote. "His presence? Speaks volumes to the people."

Commenter gapperguy responded to him, "It is only coming under fire by liberals. The Republican base loved it."

Mark Ivy of Farmersburg, Indiana, said Eastwood was "bringing down the house," and he received many supportive comments as well.

k3vsDad:¬Ý"This is a new side to a man known for his dramatic roles. His timing and comedic take was dead on. Eastwood ¬Ýhad the conventioneers eating out of his hand as he pointed out elected ¬Ýofficials work for the people and the people are the bosses. Eastwood ¬Ýgot loud cheers and applause when remarking it was time to let Obama go ¬Ýbecause he wasn't doing the job."

END_OF_DOCUMENT_TOKEN_TO_BE_REPLACED

Donald Lawson intends to do the typical lottery-winner stuff: Retire, take care of his family, travel, get a new place to live.

But the 44-year-old Michigan man insists his $337 million Powerball prize - the third-largest in Powerball history, and seventh-largest jackpot in U.S. history - won‚Äôt change him.

‚ÄúI‚Äôm a millionaire now, but I‚Äôll still go to McDonald‚Äôs,‚Äù Lawson told reporters Friday at the Michigan Lottery headquarters in Lansing, where he came forward to collect on the August 15 drawing. ‚ÄúI don‚Äôt like filet mignon or lobster. I like the simple life, and that‚Äôs what I want to continue to do.‚Äù

Lawson, of Lapeer, was the sole winner of the August 15 prize. He chose the lump-sum cash option, which gives him $224.6 million, before tax, at once.

END_OF_DOCUMENT_TOKEN_TO_BE_REPLACED

Three shoes, two of them child-sized, containing bone and a "meat-like" substance have been found on a Canadian beach, police in Victoria, British Columbia, report.

A tourist walking along the beach found the first of the shoes Thursday evening, a child-sized one with a bone sticking out of it, according to a Victoria police statement. The tourist called cops, and a search of the beach turned up the other two shoes.

"We don't know right now whether they have washed up or were in the water for a while, whether they were just placed there. That is something our forensic team is going to look at," police Constable Mike Russell is quoted as saying by CNN affiliate CBC.

The shoes were turned over to the coroner to determine whether the "meat-like" material was from a human and, if it is, a possible identification of the remains, the police statement said.

"Once this determination is made, it will help guide the investigation. This examination is predicted to take days to weeks to complete," the statement said.

The shoes are the latest in a string of such finds on British Columbia beaches. The CBC reports that there have been a dozen in the past five years, and DNA matches have found several of those to be suicide cases.

At least one of those cases turned out to be a hoax. In 2008, the British Columbia Coroners Service said someone had placed a "skeletonized animal paw" in a sock and athletic shoe packed with seaweed.

Police said it's too early to determine whether there is any link between the shoes found Thursday and any of the previous cases. 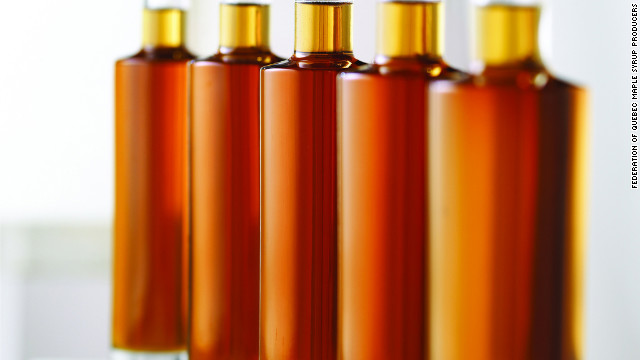 END_OF_DOCUMENT_TOKEN_TO_BE_REPLACED

Man kills 2 co-workers, then self in N.J. supermarket

[Updated 10:06 a.m. ET] People in eastern areas of the Philippine island of Mindanao should evacuate to higher ground after a 7.6-magnitude earthquake triggered a tsunami warning, an official of the Philippine Institute of Volcanology and Seismology said, according to the Philippine News Agency.

"Residents living (in) these areas facing the Pacific Ocean are advised to evacuate to higher places," he said, citing the areas of Surigao del Sur and Davao Oriental as particularly vulnerable.

[Updated 9:52 a.m. ET] A tsunami warning has been lifted for Japan, Taiwan and several Pacific islands, but a warning remains for Indonesia and the Philippines, the National Oceanic and Atmospheric Administration's tsunami center said Friday.

[Updated 9:50 a.m. ET] The U.S. Geological Survey has revised the magnitude of an earthquake that struck off the coast of the Philippines to 7.6, down from an initial reporting of 7.9, the agency said Friday.

[Posted 9:01 a.m. ET] An earthquake with a magnitude of 7.9 has struck off the coast of the Philippines, the U.S. Geological Survey said Friday.

The quake prompted a tsunami warning for parts of Indonesia, the Philippines, Taiwan, Japan, Guam and other areas, the Pacific Tsunami Warning Center said.

"An earthquake of this size has the potential to generate a destructive tsunami that can strike coastlines near the epicenter within minutes and more distant coastlines within hours," the tsunami warning center said.

The quake, which was about 20 miles deep, struck just before 8:50 p.m., the agency said. Its center was about 65 miles southeast of the town of Guiuan, in the Philippine province of East Samar.

Ed Serrano, the head of security at the Marco Polo Hotel in the city of Davao, about 250 miles south of Guiuan, said he felt the ground shake.

"The quake was very strong and the hotel guests were panicking. Most of them went outside," he said. "But now the situation is under control and we are waiting for official reports on how strong the quake was."

The storm formerly known as Hurricane Isaac continues to trek northward as the U.S. Gulf Coast starts to recover.¬Ý Watch CNN.com Live for continuing coverage of the storm.

10:00 am ET - Romney and Ryan's RNC farewell - GOP presidential ticket Mitt Romney and Rep. Paul Ryan appear at an RNC "farewell victory rally" in Lakeland, Florida.¬Ý They will late participate in a "victory" rally in Richmond, Virginia, at 2:00 pm ET.

END_OF_DOCUMENT_TOKEN_TO_BE_REPLACED

8:00 am ET January 29, 2023 RETWEET
Protesters took to the streets to decry police brutality over the weekend after the release of video depicting the‚Ätwitter.com/i/web/status/1‚Ä¶bo
cnni

8:00 am ET January 29, 2023 RETWEET
Protesters took to the streets to decry police brutality over the weekend after the release of video depicting the‚Ätwitter.com/i/web/status/1‚Ä¶bo
cnni