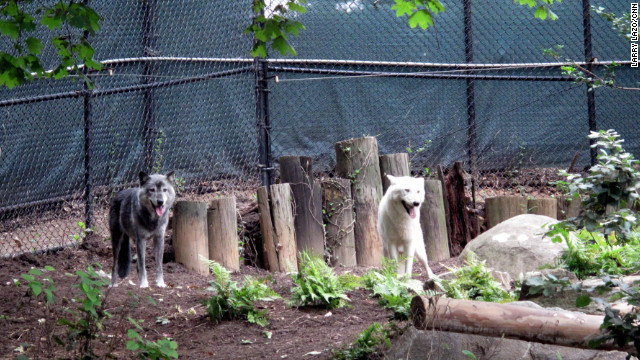 California sea lions, gray seals and brown pelicans are just a few of an impressive list of animals on display in the nation's capital.  The National Zoo in Washington on Saturday held its grand opening of the remodeled "American Trail" exhibit, which features only species from the United States and Canada.

"We tend to highlight a lot of pandas and African species and those kinds of exotics," said Rebecca Miller, an animal keeper at the National Zoo. "But we have some really great animals here (in this exhibit) that people can see ...  American-born," she said. 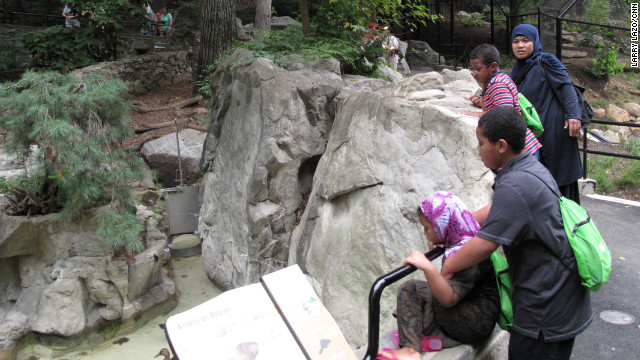 The landscaping is designed to mimic the animals' natural environment.

The renovated exhibit was five years in the making and cost $42 million. This new version of the exhibit is more environmentally friendly in that it uses recycled and filtered water, rain garden drainage methods and certified wood. The walkways and sight lines have also been improved for visitors.

"Now it's a much more naturalistic experience with all the rock work," Miller said.

And just as important, the terrain has also been improved for the various species that make American Trail their home.

"It's also more natural for our animals," said Miller. "They have choices on where they can go."

"There's a lot of animals that people can see here that were once almost hunted to extinction," said Miller. "Because we've put in the Endangered Species Act and people care more about the environment, people can see these various species more often now."

The bald eagle, gray wolf and brown pelican were all once listed as endangered. It took some time, but the populations of those three species have rebounded enough where they are no longer seen as being threatened.

Of course, there are always the perennial favorites at every exhibit, such as the sea lion pools at American Trail. 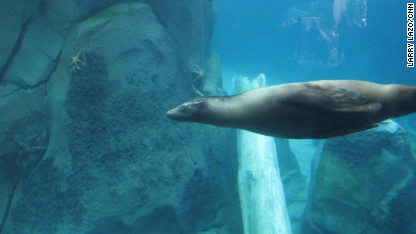 The sea lion exhibit is a favorite of visitors.

"They're just so animated. People love watching them," said Miller.

Not surprisingly, the visitors we talked with agreed.  "No question, the sea lions," said Candace Johnson. "My kids can't get enough of them."

She didn’t vote for Trump in 2020@Caitlyn_Jennerer tell@DanaBashCNNNN who is at her best alwaystwitter.com/danabashcnn/st…Uh
sarasidnerCNN