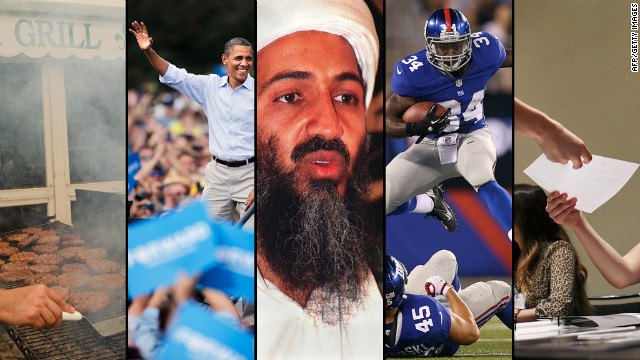 It's estimated that 33 million Americans will travel at least 50 miles during Labor Day weekend, according to AAA. Unfortunately, gas prices will be high for those trips but are expected to drop off after Monday.

The extended weekend being the last blast of summer for many, beaches, pools and even backyards will be full of people celebrating. For more information on Labor Day, catch up on the holiday by the numbers.

CNN's food blog, Eatocracy, will also be on hand with great tips and recipes to make the holiday even more tasty. And CNN Money will have the latest information on how those gas prices will affect you during and after Labor Day.

After Republicans had their say and Clint Eastwood addressed an empty chair at last week's RNC in Tampa, attention shifts to the Democratic National Convention at the Time Warner Cable Arena in Charlotte, North Carolina.

The convention runs Tuesday through Thursday.

Exactly one week after Ann Romney spoke on behalf of her husband, first lady Michelle Obama will have a headlining role at the DNC, speaking on behalf of "what drives (President Barack Obama) every day." Former President Bill Clinton will give the nominating address on the final night of the convention.

END_OF_DOCUMENT_TOKEN_TO_BE_REPLACED 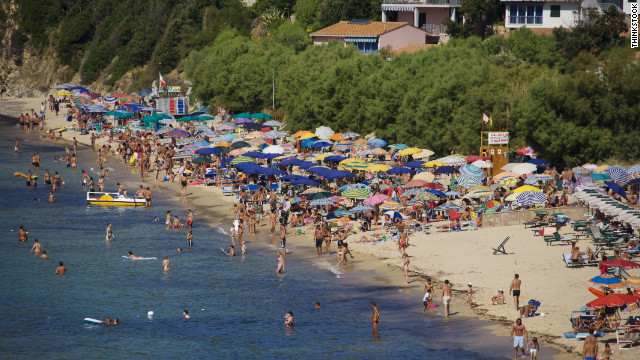 Taking a break for Labor Day

On Monday, people across the United States will be sending the summer season a final salute as they celebrate Labor Day's extended weekend.

Grills will be fired up, opening games of the college football season will be rehashed and vacations will be squeezed into the calendar for one last hurrah until the winter holidays.

Just beware that in the middle of all the celebrating, gas prices will be higher and travelers will make traffic heavy. But don't worry - the gas prices, according to CNNMoney, are expected to drop back down.

As for our coverage,Â  Eatocracy is on hand with not only the best hot dogs for your backyard shindig, but an entire collection of the best tips and recipes for the ultimate summer send-off. CNN Money also has a gallery of Labor Day getaways on one tank or less to ease your spending woes.

Want to know the real, embattled history of this holiday that gives us an extra relaxing day off of work? Author and historian Kenneth C. Davis spells it out in his eloquent opinion piece - and just why we shouldn't take this September 3 for granted. Also, get to know Labor Day by the numbers.

Grab your Labor Day weekend forecast here and if you're still stumped on where to go, JD Rinne of Jetsetter.com share her picks with us for last-minute getaways.

We'd also like to know how you'll be spending your Labor Day - where you're going, what you're cooking, who you're spending it with. Do you have any traditions you observe every year? Did Davis' history of Labor Day surprise you? Let us know in the comments below.

The National Museum of Denmark will display two Viking skeletons, found to be related, that were discovered in diffâ€twitter.com/i/web/status/1â€¦h7
cnni

3:01 am ET June 20, 2021 RETWEET
The Australian region of Gippsland has encountered a phenomenon known as ballooning, in which spiders move to higheâ€twitter.com/i/web/status/1â€¦Db
cnni

2:01 am ET June 20, 2021 RETWEET
The Australian region of Gippsland has encountered a phenomenon known as ballooning, in which spiders move to higheâ€twitter.com/i/web/status/1â€¦7w
cnni

1:01 am ET June 20, 2021 RETWEET
The remains of a Great Wall fort dating back to the Ming Dynasty were discovered in Northwest China's Shaanxi Proviâ€twitter.com/i/web/status/1â€¦lm
cnni