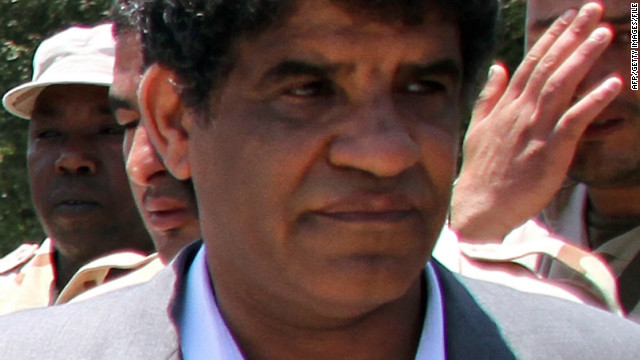 Mauritania has handed over Libya's former chief of intelligence, returning one the most wanted members of Moammar Gadhafi's fallen regime back to Libya, a spokesman for Mauritania's president confirmed to CNN Wednesday.

Along with being wanted by Libya, Abdullah al-Senussi is wanted by the International Criminal Court for alleged crimes against humanity.

Al-Senussi, the late Gadhafi's brother-in-law, was arrested in March at Nouakchott airport in western Mauritania, the Libyan transitional government has said.

The US Food and Drug Administration has authorized Pfizer/BioNTech's coronavirus vaccine for children and teens ageŌĆtwitter.com/i/web/status/1ŌĆ”FA
cnni

1:01 am ET May 11, 2021 RETWEET
Police used ducklings to lure a mother duck to a Central Park reunion. CNN's Jeanne Moos reports on a "bird emergenŌĆtwitter.com/i/web/status/1ŌĆ”mU
cnni

12:31 am ET May 11, 2021 RETWEET
With pseudonyms like The Broker, The Astronaut and The Vampire, this global cabal of watch collectors specializes iŌĆtwitter.com/i/web/status/1ŌĆ”8Y
cnni