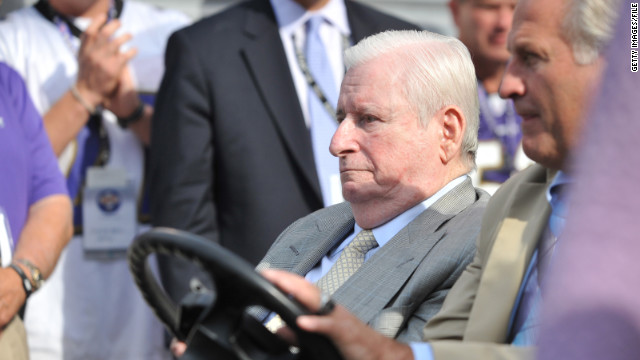 Modell, 87, was an NFL owner for 43 years, during which his teams won two Super Bowls.

"'Poppy' was a special man who was loved by his sons, his daughter-in-law Michel, and his six grandchildren," Modell's son, David Modell, said in a statement released by the team. "Moreover, he was adored by the entire Baltimore community for his kindness and generosity. And, he loved Baltimore. He made an important and indelible contribution to the lives of his children, grandchildren and his entire community. We will miss him."