Mash-up: Life, the universe and everything

CNN iReporter John Eklund started a film project to capture the beauty of the American Pacific Northwest in June 2011. He finally finished his time-lapse video in August 2012.

"I choose to shoot locations that appeal to the way I would like to interpret the story of time," he said. "Here in the Pacific Northwest, there are endless opportunities to document the magnificence of the world around us. I have discovered that when time is the storyteller, a special kind of truth emerges."

Biologist and author Richard Dawkins is a noted atheist who doesn't have much patience for followers of creationism or intelligent design. Here's a brief excerpt from a longer conversation Dawkins had with CNN's Light Years science blog. 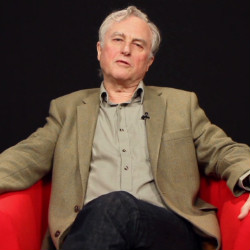 Richard Dawkins is firm in his unbelief.

There are many very educated people who are religious, but they're not creationists. There's a world of difference between a serious religious person and a creationist, and especially a Young Earth Creationist, who thinks the world is only 10,000 years old.

If we wonder why there are still serious people including some scientists who are religious, that's a complicated psychological question. They certainly won't believe that God created all species or something like that. They might believe there is some sort of intelligent spirit that lies behind the universe as a whole and perhaps designed the laws of physics, and everything else took off from there.

But there's a huge difference between believing that and believing that this God created all species. And also, by the way, in believing that Jesus is your lord and savior who died for your sins. That you may believe, but that doesn't follow from the scientific or perhaps pseudoscientific that there's some kind of intelligence that underlies the laws of physics.

Dawkins' views naturally spark responses both pro and con. Here are two from folks who don't see things his way: 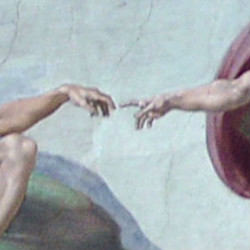 The creation story rings true for many.

T
I don't really care who believes in God and who doesn't. I believe in God, I believe in creationism, I believe in evolution, I believe in heaven and hell. The bible says God created everything in six days, but doesn't say how long a day is, I was taught that a million years may only be a second to God, so six days, biblically speaking, could be billions of years. A lot of you may think that I am silly or stupid for my beliefs. I don't care - when I die, if there is no heaven or hell = no loss. If there is and I make it to heaven = excellent. If there is a hell - enjoy it for etenity non-believers.

Marvin K.
The beauty of Dawkins' arguments is that they are self-defeating. If the universe, and thus all that is in that universe, is simply the result of random, meaningless, non-directional happenings, then his thoughts themselves have no meaning, and thus no value. Indeed, his thoughts, much like religion (in his view), are nothing more than empty and meaningless constructs based on what are, ultimately, simple chemical reactions in the brain. In the end, his worldview can only reach the conclusion that his own thoughts and beliefs are no less or no more valuable than the beliefs he seeks to ridicule.

The Bird Man of Moscow

Russia's "Man of Action" can be ruthless with his critics, but he has a soft spot for wildlife.

A pet rescue group in Las Vegas is thinking outside the country in its efforts to help pets left behind at foreclosed properties, CNN affiliate KTNV reports. Good idea?

The American Family Association wants a statue removed from arboretum in Overland Park, Kansas, because, the group says, it promotes sexting, CNN affiliate WDAF reports. Do you think it does?

A bail hearing will be held for a girl in Pakistan accused of burning pages from a Quran. The imam who accused her is suspected of framing her.

Wall Street welcomed good news on the job market Thursday and will be looking for more when the August jobs report comes out Friday. 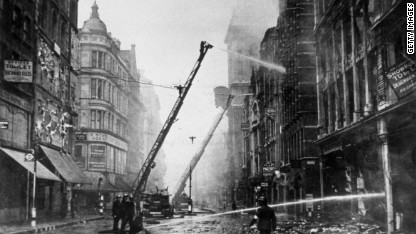 London firefighters douse flames the morning after the Blitz began in 1940.

1996: In Las Vegas, actor and recording artist Tupac Shakur is shot after attending a boxing match. He dies a week later of his wounds. 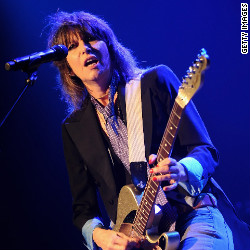 @JamillaCounts @CNeroTV Ms Counts, I did not. I spoke to Ms Watts. But Iâ€™d love to speak to the Gordons too.
sarasidnerCNN

10:29 pm ET December 7, 2021 RETWEET
"The fact that this trial is even happening is an indication of progress. But Maxwell's lawyer clearly believes sheâ€twitter.com/i/web/status/1â€¦NY
cnni