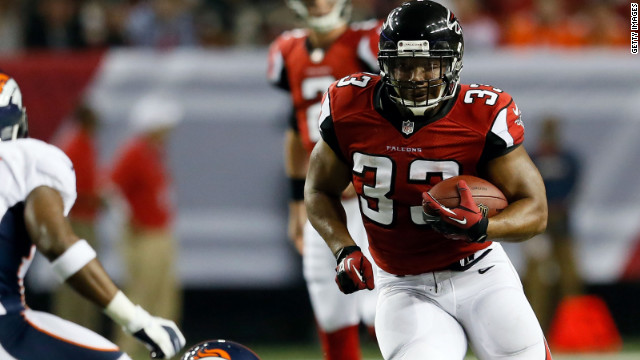 Michael Turner carries the ball against the Denver Broncos Monday night. Hours later, he was charged with DUI.
September 18th, 2012
11:44 AM ET

Michael Turner, a star running back for the Atlanta Falcons, has been charged with driving under the influence of alcohol after being clocked at 97 mph on an Atlanta-area interstate, police said Tuesday.

Turner, 30, nicknamed "The Burner" because of his speed on the football field, was driving a black Audi R8 in a 65-mph zone on northbound Interstate 85 around 4 a.m. Tuesday, the Gwinnett County Sheriff's Department said. An officer pulled him over, and after smelling alcohol and investigating further, he charged Turner with DUI and speeding, the Sheriff's Department said.