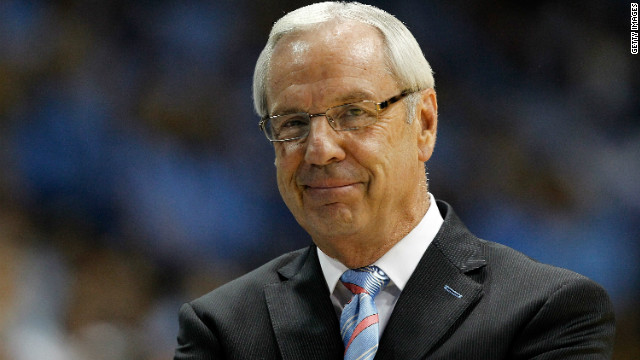 “The surgery went well and according to plan,” Dr. Eric Wallen, professor of urology at UNC, said in a statement. “Coach Williams did great. I fully expect him to coach this season and for years to come. He could miss some practice time if we perform another procedure sometime in October, but he would be able to resume his coaching duties prior to the start of the regular season.”

The school said the tumor was found during a physical earlier this month. The surgery took three and a half hours, the school said.

“Our thoughts and prayers are with Coach Williams and his family for a full recovery,” says UNC Director of Athletics Bubba Cunningham. “Obviously his health and prognosis are my greatest concerns. He’s in great hands with the medical staff at UNC Hospitals. The basketball team is also in outstanding hands with Steve Robinson, CB McGrath, Hubert Davis and Joe Holladay. As Coach Williams frequently says, he has the best staff in the country and I know they will do an excellent job as Coach Williams recuperates. We will be ready for his return as soon as he is able to do so, but I have stressed to him that he returns only when he has been given the medical approval and he is ready to do that. Hopefully that will be soon and for a long, long time to come.”

Williams is set to begin his 10th season as the head coach of the UNC Tar Heels. He has the fourth highest winning percentage in college basketball and is first among active coaches.