Among the horses being auctioned this week in Dixon, Illinois, was Justin, a 9-year-old stallion from Indiana who has a skill you don't often see in horses: Justin can paint, CNN affiliate WQAD reports.

Hundreds of bees have checked in to New York's famous Waldorf Astoria hotel - and that's considered a good thing. Find out why:

CNN iReporter Tony Perri sat up-close as race cars whizzed by and a parachuting team dropped in to celebrate the 50th anniversary of the U.S. Navy SEALS at the Fleet Week Coronado Speed Festival last weekend in California. His well-done video shows footage of the races, the U.S. Navy Parachute Team "Leap Frogs" and an interview with one of the members of the parachuting team.

"The best part was having the front-row seat within just a few yards as the Navy SEALs landed," he said. "As one of them landed, he walked right over to me and I got to ask him a few questions. That was the biggest thrill."

President Barack Obama is scheduled as one of the first speakers Tuesday morning at the 67th annual session of the United Nations General Assembly. French President Francois Hollande and Afghanistan President Hamid Karzai are among those who will address the General Assembly in the afternoon.

The U.S. Supreme Court will announce which cases it will take on during the coming year. Oral arguments would likely be held in early 2013. Among the big issues are various same-sex marriage challenges and the insanity defense.

A Seattle WaMu branch in September 2008.

1789 - Congress adopts the first 10 amendments to the Constitution, known as the Bill of Rights, and sends them to the states for ratification. New Jersey is the first state to ratify.
1956 - The first trans-Atlantic telephone cable, connecting Newfoundland and Scotland, is activated.
1957 - U.S. Army troops escort nine African-American students as they integrate all-white Central High School in Little Rock, Arkansas.
1981 - Sandra Day O'Connor is sworn in as the first female Supreme Court Justice.
1992 - NASA launches the Mars Observer. Communication with the robotic probe was lost in August 1993, three days before the craft was to enter Mars orbit.
2008 - Savings and loan Washington Mutual collapses, the largest bank failure in U.S. history. Most of its assets are sold to J.P. Morgan Chase. 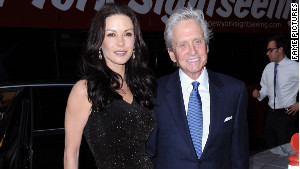 11:47 pm ET January 24, 2021 RETWEET
ŌĆ£Even though the family [took] Boncuk back home she managed to escape every day to wait at the hospital gate,ŌĆØ a twitter.com/i/web/status/1ŌĆ”9NtOfM
cnni