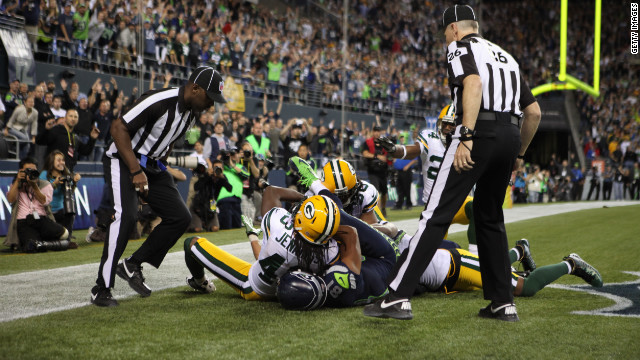 The NFL and its locked-out referees have agreed to a contract, according to a statement from the NFL, and the regular officials will be on the field for Thursday night's Cleveland-Baltimore game.

The league has used replacement officials for the first three weeks of the regular season, as well as the pre-season, an a string of bad decisions have become fodder for jokes and criticism, highlighted by a game-deciding call on Monday night in the Packers-Seahawks game. Even politicians have gotten in on the act.

Reports throughout the day Wednesday indicated a deal was close, and the NFL even reported that the sides were closing in on an agreement.

Though the regular refs have been sitting out the league's games, they should be ready when the time comes, according to Sports Illustrated's Peter King, who says that longtime ref Ed Hochuli has held training sessions to keep them sharp.