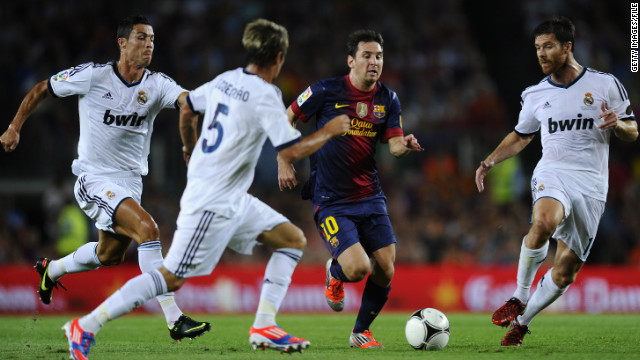 Gilad Shalit, who was freed in October 2011 after more than five years as a Palestinian prisoner, is expected to attend next month's "El Clásico," a match between Spanish powerhouses FC Barcelona and Real Madrid. This game, which will be played at Barcelona's Camp Nou on October 7, is one of the world's biggest rivalries. 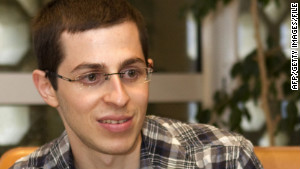 There has been no statement from Sarsak regarding the Barcelona invitation, even on his Twitter feed. However, a blogger who is frequently retweeted by Sarsak has said that she spoke to Sarsak, and he confirmed the news that he would not be attending the game.

When news of Shalit's attendance first broke, there was backlash in Gaza. FC Barcelona is sponsored by The Qatar Foundation and Turkish Airlines and is enormously popular in the Palestinian territories, but Hamas, which governs Gaza, said it would not permit TV stations to air Barcelona games or papers to report team news.

Al Arabiya further reported that Hama radio station in Gaza had stopped broadcasting team updates and that a Spain-based anti-Israeli group, BDS Catalunya, had organized a petition calling for Barcelona to revoke the invitation. It garnered 600 to 650 signatures, depending on the news report.

“We are also surprised to see your club express so much friendship and sympathy towards the only Israeli soldier to be imprisoned in recent years as a result of this conflict while, at the same time, maintaining absolute silence about the 4,660 Palestinian prisoners now confined in Israeli prisons," the petition said, according to the International Business Times.

FC Barcelona moved quickly to assert that it was not taking sides in the Israeli-Palestinian conflict. The club's Thursday statement carried the headline, "FC Barcelona, for peace and harmony in the Middle East," and club vice president Carles Vilarrubí told an Israeli website, “Barcelona is a place of unity, not divisions. This invitation [to Shalit] does not indicate in any way that Barca takes a position in the Israeli-Palestinian conflict.”

The club also noted in its Thursday statement that it had hosted Palestinian National Authority President Mahmoud Abbas during a visit to Barcelona last summer. It also said that 16 Palestinian and 15 Israeli children had trained together last year at La Masia, which houses Barcelona's revered youth system, as part of the team's efforts to contribute to the peace process.

"The goal of the exercise was to cultivate an athletic relationship between the two groups," the statement said.

Shalit is a well-known sports fan. Since emerging from captivity - during which he reportedly beat his minders routinely at PlayStation soccer - he has attended a Maccabi Tel Aviv basketball game and the NBA All-Star Game in Orlando, Florida.

The Miami Herald reported in June that Shalit attended the NBA Finals between the Miami Heat and Oklahoma City Thunder as a correspondent for the Israeli newspaper, Yediot Ahranot.