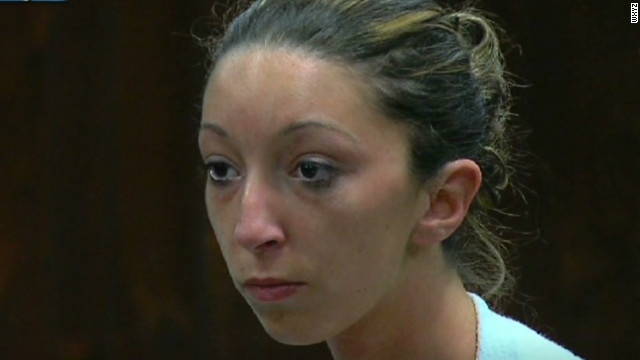 The baby "was right next to her sleeping.  They were watching a movie together. She started crying, and that’s when Rachel walked in and she tried to see what was going on and she flipped (Clayton) and she was gone,” a friend's boyfriend told CNN affiliate WXYZ-TV, asking that he not be identified.

Asked by CNN affiliate WDIV-TV if she felt she was entitled to the money, she replied, "I thought that they would cut me off, but since they didn't, I thought maybe it was OK because I'm not working."

After the state Department of Human Services and Office of Inspector General looked into the matter, the Lincoln Park woman was charged with two felony counts of welfare fraud.

Michigan law requires that public aid recipients report any changes to their assets within 10 days, but the state inquiry revealed that Clayton collected $5,475 in food and medical benefits for which she should have been ineligible.

Clayton pleaded no contest to the charges and was placed on probation in July, The Detroit News reported, adding that her attorney said she had paid back the inappropriate benefits. The case prompted state legislation barring lottery winners from receiving government benefits.

The friend's boyfriend who spoke to WXYZ said Clayton had been in "a bad stage" lately and had been tormented in the aftermath of her lottery win.

"So many people tried to take advantage of her, act like they are her friends just to get some money from her. It gets to the point where you start questioning yourself: Are they really my friends or are they using me?” he said.

A neighbor who had known Clayton for at least 17 years described her to The Detroit News as "a nice, pleasant girl who never got in trouble, until she won the lottery."

Sheryl Schonfeld also told the newspaper that Clayton had been going through a custody battle over her son, had recently moved to escape her boyfriend's pestering and that Clayton's mother recently said Amanda had been taking prescription drugs.

In August, the paper reported, two men and two women were arraigned after Clayton and a neighbor were involved in a dispute over yard clippings. Clayton had cut her grass and left the clippings in the driveway of neighbor Victor Bartola, who swept them back into her yard, The Detroit News said.

The two argued, and a friend of Clayton's left and returned with three other people, according to the paper. A fight broke out involving a knife, bat and airsoft gun, and Bartola was hospitalized and released, the paper reported.

Clayton's funeral is scheduled for Wednesday in Allen Park.