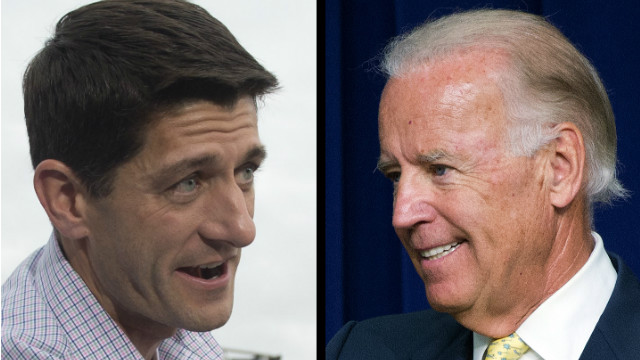 Sandusky to be sentenced in child rape case

Former Penn State assistant football coach Jerry Sandusky may be sentenced on Tuesday after a hearing to determine if he's a sexually violent predator, according to court documents.

After a three-week trial featuring emotional and often graphic testimony from eight of the former Penn State assistant football coach's victims, a 12-person jury in June convicted him on 45 of 48 counts.

Jurors heard from eight young men who testified that when they were boys, Sandusky forced them to engage in sexual acts in showers in Penn State's athletics facilities, hotel rooms, the basement of his home and other places. The abuse spanned at least 15 years.

The House Oversight Committee is planning a Wednesday hearing on the attack in Libya and related security issues.

The committee will ask Secretary of State Hillary Clinton to testify amid reports that the State Department turned down requests for additional security before the attack.

"Multiple U.S. federal government officials have confirmed to the Committee that, prior to the September 11 (2012) attack, the U.S. mission in Libya made repeated requests for increased security in Benghazi," said a letter from Reps. Darrell Issa and Jason Chaffetz to Secretary of State Hillary Clinton. "The mission in Libya, however, was denied these resources by officials in Washington."

The Republicans demanded answers to several questions and testimony at Wednesday's hearing - the only hearing on any matter currently scheduled before Election Day.

The appeal hearing will continue on Wednesday for three members of the Russian punk rock band Pussy Riot, who were sentenced to two years for performing a song critical of President Vladimir Putin.

One of the band members, Yekaterina Samutsevich, said Monday that she no longer wants to work with an attorney who doesn't share her views in the case.

The women were convicted in August of hooliganism, sparking an international outcry. Authorities charged them after they criticized Putin in one of Moscow's grandest cathedrals.

A judge rejected the women's defense that they were acting from political motives, ruling that they had intended to insult the Orthodox Church and undermine public order.

A day before the hearing, the Russian Orthodox Church appealed for leniency for the band members, according to state-owned Ria Novosti.

As a result of its ongoing player lockout, the National Hockey League is canceling regular-season games through October 24.

The season was scheduled to start October 11, but recent meetings between representatives for the players union and the NHL have failed to produce a collective bargaining agreement.

NHL.com reported Tuesday that NHL Deputy Commissioner Bill Daly said the players and owners had lost $100 million due to the cancellation of the preseason.