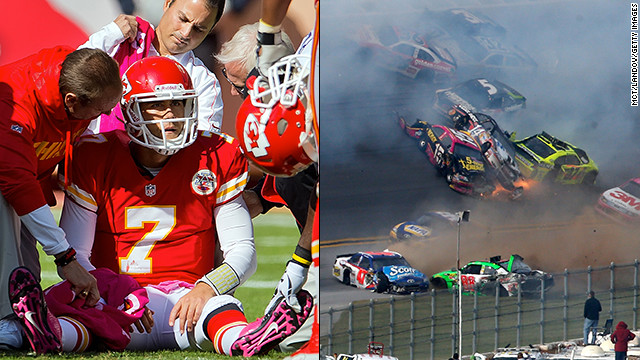 Chiefs quarterback Matt Cassel gets attention after a hit Sunday, and a wreck takes out 25 cars at the Good Sam 500 in Alabama.
October 8th, 2012
03:14 PM ET

U.S. sports going the way of the gladiators?

Are American sports fans turning into the citizens of ancient Rome, turning up to sports events to see mayhem akin to gladiators fighting for their very lives?

Stars in two of the country's most prominent sports were asking those kinds of questions Sunday.

Dale Earnhardt Jr., arguably the sport’s most popular personality in NASCAR racing, said he wonders if fans are "bloodthirsty."

If they watch races to see what transpired at the end of Sunday’s race at Talladega Superspeedway, Earnhardt said they are.

And he’s had enough.

Earnhardt was part of a 25-car pileup at speeds of 200 mph on the final lap of Sunday’s Good Sam 500 that left the Alabama track looking like a junkyard.

"It's not safe. Wrecking like that, it's ridiculous. It's bloodthirsty if that's what people want,” Earnhardt said afterward, according to news reports, including SI.com.

"If this is what we did every week, I wouldn't be doing it. I'd find another job," Earnhardt said.

END_OF_DOCUMENT_TOKEN_TO_BE_REPLACED 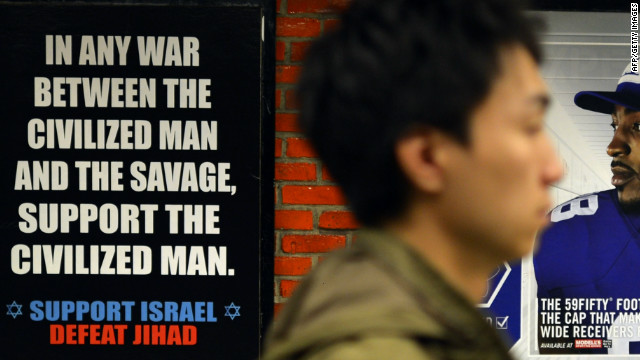 The Council on American-Islamic Relations posted a response ad that reads, “Help stop bigotry against our Muslim neighbors.” Another one reads, “Support peace in word and deed.”

"We don't think it's controversial," said Pamela Geller, the executive director of the American Freedom Defense Initiative. "It's truth. Telling the truth now is equated with 'hate' and 'bigotry' in an attempt to silence and demonize the truth-tellers. That makes my ads all the more important.”

According to Geller, the American Freedom Defense Initiative ads have two missions: “to affirm the truth about the barbaric jihad against free people” and to affirm free speech.

The Council on American-Islamic Relations, which is working with the American-Arab Anti-Discrimination Committee and Jewish Voice for Peace, knows it can’t get the ads removed. Instead, the groups want the D.C. transit officials to help reduce the negative impact of the posters.

“With respect to your response in this matter, it is not our desire that (the Washington Metropolitan Area Transit Authority) disallow advertisements that contain any political speech,” the Council on American-Islamic Relations said in a statement. “I do believe there are measures WMATA can take to mitigate the affect hate speech has on the community.”

END_OF_DOCUMENT_TOKEN_TO_BE_REPLACED

The Centers for Disease Control said Monday that the number of people infected with meningitis related to steroid injections has gone from 91 to 105. The death toll has risen from seven to eight.

Patients in nine states contracted the deadly fungal meningitis after being injected in their spine with a preservative-free steroid called methylprednisolone acetate that was contaminated by a fungus. The steroid is used to treat pain and inflammation.

Hugo Chavez has won re-election to a new six- year term as president of Venezuela, according to results released late Sunday.

That means we can expect more colorful quotes such as these from the man who has been Venezuela's president since 1999.

In 2006, appearing at the U.N. General Assembly after President George W. Bush spoke there a day earlier, he had this to say:

"The devil came here yesterday, and it smells of sulfur still today."

According to a CNN report, Chavez said, "As the spokesman of imperialism, he came to share his nostrums to try to preserve the current pattern of domination, exploitation and pillage of the peoples of the world. An Alfred Hitchcock movie could use it as a scenario. I would even propose a title: 'The Devil's Recipe.' "

That wasn't his first time equating things and people American with mythical evil beings. In 2005, he criticized the U.S. tradition of Halloween for "putting fear into other nations, putting fear into their own people."

END_OF_DOCUMENT_TOKEN_TO_BE_REPLACED 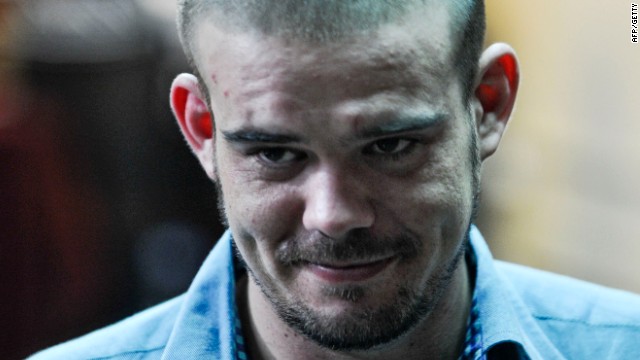 END_OF_DOCUMENT_TOKEN_TO_BE_REPLACED

President Obama will make modern history Monday when he announces the creation of a monument to honor Cesar Chavez, as he works to energize Latino voters less than a month before the presidential election.

The Cesar E. Chavez National Monument will become the 398th park in the National Park Service system, and the first since the 1700s to honor a Latino, the park service told CNN.

The president will speak at the event in Keene, California, on land known as Nuestra Señora Reina de la Paz, where Chavez lived and led the farm worker movement.

"Cesar Chavez gave a voice to poor and disenfranchised workers everywhere," Obama said in a statement. "La Paz was at the center of some of the most significant civil rights moments in our nation's history, and by designating it a national monument, Chavez' legacy will be preserved and shared to inspire generations to come." 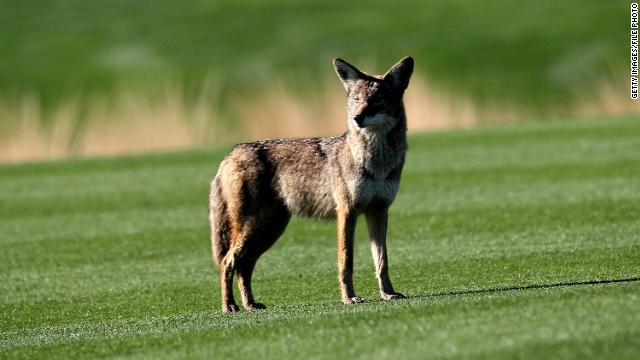 “Lions and tigers and bears, oh my!”

Those creatures  had Dorothy worried on the yellow brick road in "The Wizard of  Oz" - and now you may need to worry about seeing them and other large carnivores in your backyard, an Ohio State University researcher says.

OK, there shouldn’t be any tigers - they aren’t found in the wild in North America - but lions (mountain), bears, wolves and coyotes are finding urban areas to be just right for a comfortable existence, says Stan Gehrt, an associate professor of environment and natural resources.

“The coyote is the test case for other animals. Raccoons, skunks, foxes – they’ve already been able to penetrate the urban landscape pretty well. The coyote is the most recent and largest,” Gehrt said in a university press release.

One pack of coyotes has established a territory and is thriving about five miles from Chicago’s O’Hare International Airport, the third busiest airport in the country, according to Budget Travel.

END_OF_DOCUMENT_TOKEN_TO_BE_REPLACED

Despite a United Nations call for restraint, Iraqi authorities have executed dozens of inmates in recent months.

Authorities executed 11 prisoners Sunday and six others Thursday after terrorism convictions, officials said. More than 100 people have been put to death since November, according to a CNN tally.

The attacker targeted a checkpoint run by the Afghan National Directorate of Security in the town of Lashkar Gar, Zerak said.

Palestinian militants claimed to have fired 20 mortar rounds from Gaza into Israel in retaliation for a strike that wounded 11 people.

The Israel Defense Force said Sunday's strike targeted two members of a Gaza-based jihad network who were suspected in a June attack that left an Israeli soldier dead.

Two militants and nine civilians, including six children, when a rocket hit a motorcycle in Rafah, a town on the Gaza-Egypt border, Ashraf al-Qidra, a Gaza health ministry spokesman said.

The IDF, meanwhile, said it targeted terror operations in southern Gaza on Monday following another round of mortars.

The IDF said it responded to the rockets by launching tank shells, though a ministry of health official in Gaza said it was an airstrike.

The announcement of the Nobel Prize for medicine on Monday opens the prestigious award season that shines a spotlight on the world's top scholars and peacemakers.

The Nobel Assembly's anticipated announcement at the Karolinska Institute in Stockholm is the first in a series of prizes that will be announced this week.

The Norweigian Nobel committee will announce the most anticipated of the annual honors - the Nobel Peace Prize - on Friday in Oslo.

The prizes created in 1895 by Swedish industrialist Alfred Nobel honor work in physics, chemistry, literature, and peace. Economics was added as a category in 1968, and the first prize awarded for economic sciences was in 1969.

Justices to re-examine use of race in college admissions

Heman Marion Sweatt and Abigail Noel Fisher both wanted to attend the University of Texas at Austin.

Both claimed their race was a primary reason for their rejection. Both filed civil rights lawsuits, and the Supreme Court ultimately agreed to hear their separate appeals - filed more than half a century apart.

Their cases share much in common - vexing questions of competition, fairness, and demographics - and what role government should play when promoting political and social diversity.

But it is the key difference between these plaintiffs - separated by three generations and a troubled road to "equality" - that now confronts the nation's highest court: Sweatt was black, Fisher is white.

Venezuelan President Hugo Chavez was re-elected Sunday to a new six-year term, overcoming an energetic challenge by a candidate backed by an opposition coalition, according to nearly complete results announced by election officials.

Chavez, who has been president since 1999, defeated Henrique Capriles Radonski, whose campaign criticized the Chavez administration for inefficiencies, infrastructure shortcomings and corruption.

Fireworks began to pepper the sky over Caracas soon after the provisional results were announced.

"Today we have demonstrated - comrades, compatriots - that our democracy is one of the best in the world," Chavez said in a speech from the balcony of the presidential palace to thousands of supporters who cheered and waved flags.