A German official says a man who plowed his car into a group of people in the city of Trier was "severely intoxicatātwitter.com/i/web/status/1ā¦OP

The DOJ hasn't found evidence of widespread fraud that could've changed the result of the presidential election, Atātwitter.com/i/web/status/1ā¦C2

A group of senators announce what they describe as a bipartisan and bicameral Covid-19 emergency relief framework aātwitter.com/i/web/status/1ā¦Pc

Covid-19 may have infected people in the US as early as mid-December 2019, a new study of samples from that time peātwitter.com/i/web/status/1ā¦cC

At least two people were killed and several injured after a car was driven into a pedestrian zone in the German towātwitter.com/i/web/status/1ā¦6c

[Update 8:55 p.m. ET] The U.S. Geological Survey revised its report of Tuesday's earthquake to magnitude 4.0, down from a preliminary magnitude of 4.6. The epicenter was pinpointed 4 miles west-southwest of Hollis Center, Maine, at a shallow depth of 4.2 miles.

Despite the downgrade, the quake was felt as far away as Boston, Massachusetts; Albany, New York, and even Waterbury, Connecticut, according to the USGS.

You can report your earthquake experience to the USGS at the above link, as well as adding your comment to the many at the end of this post.

"My entire house shook for 3 to 4 seconds. It felt like it was about to collapse," a viewer from Everett, Massachusetts, wrote to CNN affiliate WCVB in Boston.

"I live in Brockton (Massachusetts) and we just felt EVERYTHING shake here in Brockton," another viewer told his station.
Viewer Phillip Smith in Gorham, Maine, told CNN affiliate WCSH he felt a "Loud bang and 10 seconds of shaking ... scared us in Gorham. We must have qualified out here for the Guinness book of records: 10,000 homeowners at the same time run down to their basements to check if their furnaces have blown up."
The governor of Massachusetts said on Twitter that no harm was done:
[tweet https://twitter.com/MassGovernor/status/258368868962168832%5D
Several people posted pictures of earthquake "damage" in the form of spilled pretzels and goldfish crackers.
Maine resident Brett O'Kelly sardonically assessed what may be the quake's greatest impact:
[tweet https://twitter.com/B0Kelly/status/258360534477463554%5D

Guzman Salazar, who doesn't have legal documents to enter the United States, was caught trying to use a counterfeit visa to enter the country, according to a criminal complaint filed in the case.

She is pregnant and wanted to have her baby in the United States, the complaint said.

A federal official, who is not authorized to speak to the media and declined to be named, said that the woman is the daughter of the drug lord Guzman.

Early voting in Ohio gets green light from Supreme Court

If you're a voter in the swing state of Ohio, you've just gotten an additional three days to cast your ballot.

A one-sentence ruling from the United States Supreme Court gave the go-ahead for Ohio polls to allow early voting in person beginning on Saturday before the election.

The debate over early voting in Ohio was challenged by Republicans who said they wanted to fend off voter fraud. President Obama's campaign and other Democrats in the battleground state said blocking early voting would cause problems for minority and low-income voters. 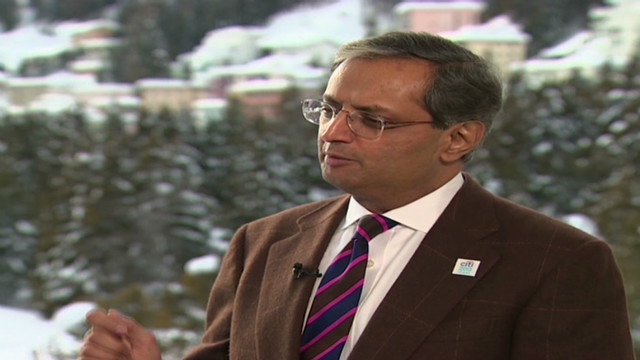 Citigroup's CEO is stepping down, ending his tumultuous five-year reign as leader of the third largest bank in the United States.

The surprise announcement by Vikram PanditĀ sent the company's shares down 2% this morning, no doubt, as shareholders wondered what the move meant for Citigroup.

For more on the shake-up, head over to CNNMoney.com.

Famous modern art stolen from museum in the Netherlands

The works belong to a private collection that is being shown for the first time to the public, according to a Kunsthal statement. 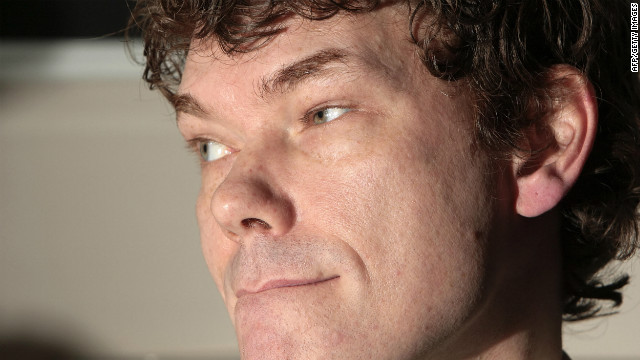 UK will not extradite hacker McKinnon to U.S. because of health concerns

A man accused of hacking into Pentagon and NASA computers will not be extradited from the United Kingdom to the Unites States because of health concerns,Ā Home Secretary Theresa May said on Tuesday.

Gary McKinnon has admitted to breaking into computers Ā - but says he did so to find out if the U.S. government was covering up the existence of UFOs.

May said McKinnon's Asperger syndrome and depressive illness meant "there is such a high risk of him ending his own life that a decision to extradite would be incompatible with his human rights."

The U.S. government says McKinnon accessed 97 computers from his home in London for a year starting in March 2001, and costing the government about $1 million.

President Obama and GOP nominee Mitt Romney face off tonight in a "town hall" debate.Ā  Watch CNN.com Live for all your election coverage.

11:50 am ET - Ryan in Virginia - GOP vice presidential candidate Rep. Paul Ryan is spending his day in Virginia, starting with a campaign event in Lynchburg.Ā  He'll then travel to Fredericksburg for a campaign rally at 6:30 pm ET.

END_OF_DOCUMENT_TOKEN_TO_BE_REPLACED

Police said Tuesday that "two well-wishers" were stopped overnight as they sought to enter the English hospital where shot Pakistani teen activist Malala Yousufzai is being treated.

The two were intercepted in a public area of the hospital, West Midlands Police said. Officers "recorded their details and advised the pair that they would not be allowed to see her," a statement said. No arrests were made.

Earlier, hospital director Dave Rosser said a "number of people" were arrested overnight trying to get into Malala's hospital room.

The people were claiming to be relatives, he said, adding that there was more than one incident at the Birmingham, England, hospital.

Rosser said the hospital and authorities were "very comfortable" with the security arrangements in place.

International experts are planning for the reconstructive surgery that 14-year-old Malala will need.

Malala appears to be "every bit as strong as we had been led to believe," Rosser said, adding that the consultant leading her care "is impressed by her resilience and her strength."

Peyton Manning and the Denver Broncos overcame a 24-point halftime deficit and beat the San Diego Chargers 35-24 Monday night, one of the biggest comebacks in NFL history.

After looking anemic in the first half, Denver's offense - with Manning in his first year as the team's quarterback - got going in the second half. Manning threw three touchdown passes in the half, and the Broncos defense intercepted Chargers quarterback Philip Rivers four times. Two of those interceptions were returned for touchdowns.

"We have been here before," said Manning, who completed 24 of 30 passes for 309 yards. "We know we have the ability to score quickly."

And that's just what Denver did. The Broncos opened the second half with an eight-play drive that went 85 yards for a touchdown.

The victory leaves Denver and San Diego atop the AFC West, both at 3-3.

Only four teams have come back from larger deficits, according to the Pro Football Hall of Fame. The largest of those was in a 1993 playoff game, when the Buffalo Bills trailed by 32 points against the Houston Oilers before coming back to win.

4:31 pm ET December 1, 2020 RETWEET
For the second time this season, Spanish giant Real Madrid has been stunned by Shakhtar Donetsk in the Champions Leātwitter.com/i/web/status/1ā¦f6
cnni

4:09 pm ET December 1, 2020 RETWEET
āI was just recollecting all the patients that Iāve had to do similar things with ... because they truly need somtwitter.com/i/web/status/1ā¦oQw8ol
cnni