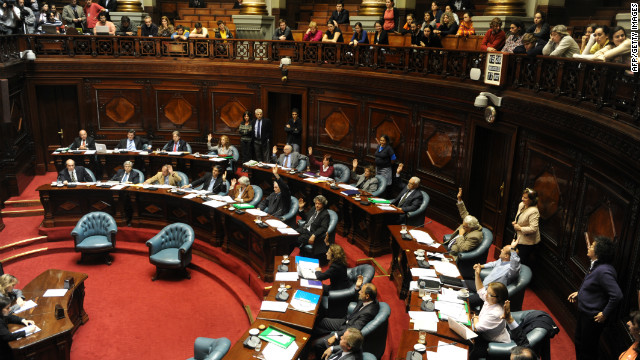 Uruguay's senate passed a bill Wednesday that would legalize abortion during the first trimester of pregnancy.

Leftist President Jose Mujica has said he will sign the bill into law, which will make it the latest in a number of laws in the region that go against the grain of the traditionally very Catholic, socially conservative Latin America.

Most countries in Latin America allow abortion only in cases of rape, incest, to save a woman's life, or when a fetus is malformed. Uruguay would become just the second Latin American country where abortion is legal on request.

The bill sparked heated debate in the South American country. The senate passed the bill by a 17-14 vote. The  lower legislative house in August passed it by a 50-49 vote after a 16-hour session.