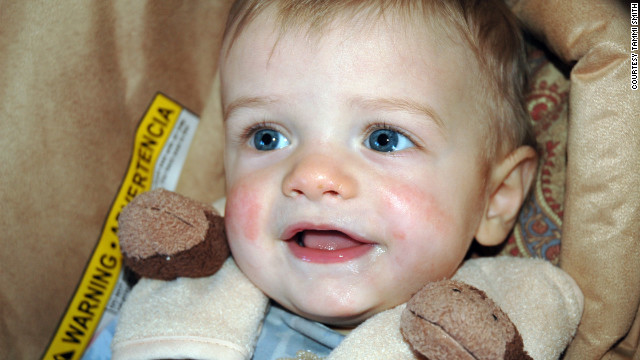 The mother of the infant known as "Baby Gabriel" - an 8-month-old Arizona boy who disappeared in 2009 after authorities say she took him in a custody dispute- was found guilty Thursday of unlawful imprisonment and custodial interference.

Elizabeth Johnson of Arizona had told authorities she gave her son, Gabriel Johnson, to an unknown couple she met up with in Texas, at the direction of an acquaintance who authorities say initially wanted to adopt the child.

Gabriel Johnson was last spotted alive at a Texas motel in late 2009. It's not clear what happened to him.

A jury will now decide whether there were aggravating circumstances before a judge decides on a sentence.

Elizabeth Johnson fled with Gabriel to Texas in late 2009 in defiance of a ruling giving the boy's father joint custody, authorities said. On December 27, 2009, she sent the boy's father a series of spiteful text messages saying she killed the boy.

Arrested in Florida on December 30, 2009, she later recanted those statements and told police that she'd given the boy to a unknown couple in San Antonio, at the direction of Tammi Smith, an Arizona woman she'd met earlier in 2009.

Investigators alleged that Smith indeed helped Elizabeth Johnson wrangle custody of Gabriel away from his father, with the initial intent of adopting the boy herself. Smith admitted at her own trial earlier this year that she helped care for Gabriel for nine days before Johnson allegedly gave the baby to the unknown couple.

Smith was tried and found guilty this year of forgery and conspiracy to interfere with Gabriel's custody - a conviction relating not to the boy's disappearance but to her efforts to conspire with Johnson to deny the father's rights to see his son.

Police: Mother kills 2 children, then gets on a bus