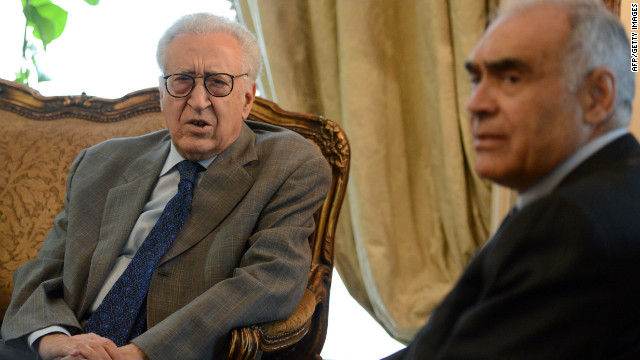 The man hoping to broker a cease-fire in the Syrian civil war arrived in Damascus today.

A date for Lakhdar Brahimi to meet Syrian President Bashar al-Assad has not been announced, but will happen "eventually," said Ahmad Fawzi, a spokesman for Brahimi, who's working on behalf of the United Nations and the Arab League.

Brahimi wants to get some agreement by Thursday, which is the Muslim holiday of Eid al-Adha. Warplanes are being used in attacks on rebels and there is fighting across the nation.