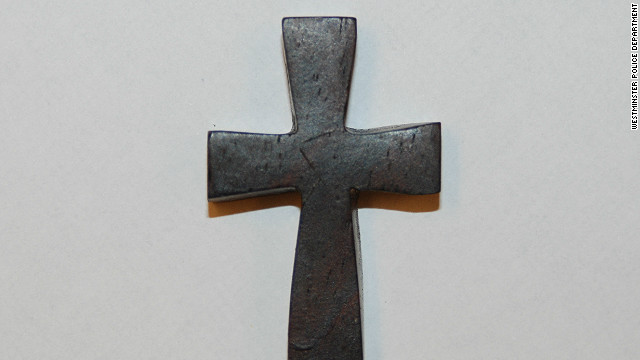 Now, they are asking for the public's help to identify a cross that authorities say could lead to her killer.

Police from the girl's hometown of Westminster, Colorado, on Friday released several images of a wooden cross recovered during the investigation. It is about 1 1/2 inches tall and 1 inch wide, with a hole drilled through it so it can be worn as a pendant.

The cross has three vertical stripes etched onto the horizontal section and a zigzag pattern on the opposite side, according to police.

"Authorities are looking for someone who may carry or wear this type of cross, may have recently purchased one of these, or is known to have some association with one," they said in a statement.

Police believe there may be a connection between Jessica’s killing and an attempted abduction at Ketner Lake, also in Westminster. A suspect from that attempt has been described as a light-skinned male with a medium build and brown hair. He is thought to be between 18-35 years old.

Jessica was last seen by her mother as she left for school October 5. Her body was found last week at a park in Arvada, a Denver suburb five miles from Westminster.