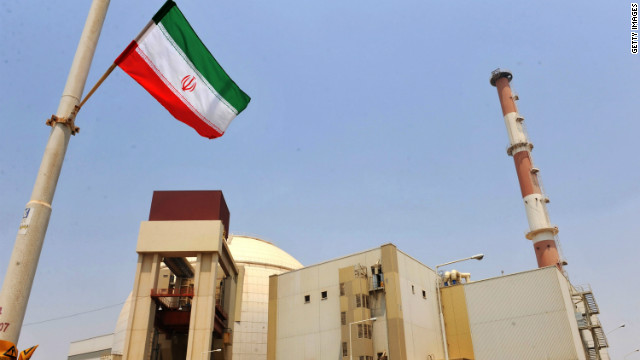 The White House denied a report Saturday that said the United States and Iran have agreed to one-on-one talks over Iranâ€™s nuclear program.

Such talks, as reported by The New York Times, would be a first.

â€śItâ€™s not true that the United States and Iran have agreed to one-on-one talks or any meeting after the American elections,â€ť White House National Security Council Spokesman Tommy Vietor said in a statement.

â€śThe President has made clear that he will prevent Iran from getting a nuclear weapon, and we will do what we must to achieve that. It has always been our goal for sanctions to pressure Iran to come in line with its obligations. The onus is on the Iranians to do so, otherwise they will continue to face crippling sanctions and increased pressure."

Citing an anonymous senior official within the Obama administration, The New York Times reported earlier Saturday that Iranian officials insisted the talks not start until after the presidential vote.

Secret discussions between U.S. and Iranian officials date almost to the start of Obamaâ€™s term, the newspaper said. 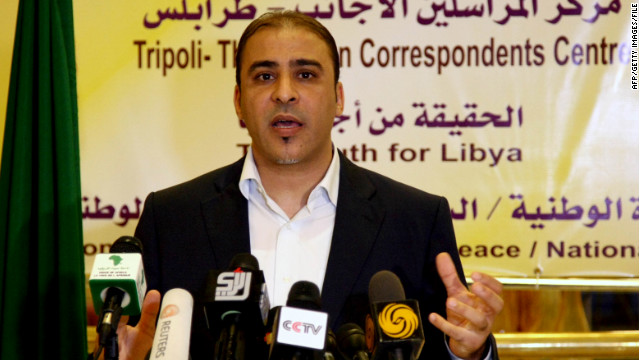 The former spokesman for late Libyan leader Moammar Gadhafi denied a report Saturday that he was captured by Libyan special forces, saying in an audio message that he is not even in the country.

Moussa Ibrahim said the report was simply an attempt to distract people from the government's alleged crimes in the city of Bani Walid, a former Gadhafi stronghold that has been the scene of clashes in recent days.

Mohammed al-Sabbee, the spokesman for Libya's prime minister, told CNN on Saturday that Ibrahim was captured in the town of Tarhouna and that he was being taken to the capital of Tripoli, 40 miles to the north.

Two sources close to Ibrahim told CNN in recent months that the former Gadhafi spokesman was not in Libya, and Ibrahim said the same in the seven-minute video posted to his Facebook page late Saturday.

"We are currently outside of Libya and we have no communication with Bani Walid," Ibrahim said in Arabic. "We are not even close to Bani Walid."

It is the second time this month that Ibrahim has denied a government report of his capture.

Official sources also said Saturday that one of Gadhafi's sons, Khamis Gadhafi, was killed after fighting in Bani Walid.

A father and son were among the victims of a gunman who remains at large in Inglewood, California, police said.
Police found the mother across the street from the family home, holding a 4-year-old boy who would later die. She herself was shot in the knee and pelvis.
Inside the home, police found the father, 30, huddling over his other children. He too, would succumb to his injuries, police said.
The gunman also shot two other children, a 6-year-old boy and a 7-year-old girl. The girl was in critical condition and the boy was stable, police said.
A fire destroyed a house in the back of the main property.

Moussa Ibrahim, who spoke on behalf of the government in last year's war that resulted in the ouster of Gadhafi and his government, was take captive by forces in Tarhouna, a town about40 miles south of Tripoli, said Mohammed al-Sabbee, the spokesman for Libya's prime minister.

Ibrahim is being taken to Tripoli, al-Sabbee says.

Of those killed, 39 people lived in Damascus and its suburb, said the Local Coordination Committees for Syria.

On Friday, a United Nations-Arab League envoy working for a cease-fire arrived in Damascus.

Twin roadside bombs exploded in an outdoor market in northwestern Baghdad Saturday, raising fears that a recent surge in violence is not over.

The attack on the Bab al-Darwaza market in the Shiite neighborhood of Kadhimiya left at least 11 people dead, Baghdad police officials said.

In separate incidents, gunmen killed two Baghdad police officers and another officer was fatally shot outside his house, the officials said.

Violence has dropped dramatically in Iraq since the peak of Sunni-Shiite clashes in 2006 and 2007 and the withdrawal of U.S. troops from the country in December, but insurgent attacks against civilians and security forces have been on the uptick recently, as the country still smolders with sectarian tension and political infighting.

Amid a din of whistles and klaxons, and bearing banners emblazoned with "No cuts" and "Austerity is failing," thousands of protesters marched past London's landmarks Saturday in a show of popular anger over government cutbacks.

"I don't like the government's policy, I don't think it works and I think the most vulnerable people suffer - that's why I'm here," said one woman on the march.

The planned cuts to services and payments that help the sick and disabled are "shameful," she said.

Culminating in a mass rally in Hyde Park, the protest, staged by unions representing public sector workers and others, reflects a rising tide of discontent among many over the austerity measures brought in or proposed by the coalition government.

A day after the most high-profile assassination in Lebanon in more than seven years, accusations over who's responsible homed in on the Syrian regime of Bashar al-Assad.

Prime Minister Najib Mikati, a billionaire supported by Hezbollah, announced Saturday that he plans to stay in power, despite having offered his resignation to appease those who claimed al-Assad was behind Friday's car bombing that killed Lebanon's intelligence chief, Brig. Gen Wissam al-Hassan.

"To hold me personally responsible for the assassination is unfair," he told reporters. "I have always respected and admired al-Hassan, who has done great things for Lebanon."

Mikati's decision to stay heads off a power vacuum in Lebanon's government, as sectarian tensions flare particularly as the effects of Syria's 19-month civil war spill across borders and threaten the region.

The senior Lebanese security official and at least nine others died in the explosion in the typically peaceful and cosmopolitan Ashrafiyeh district of East Beirut.