Three large new studies from the US Centers for Disease Control and Prevention highlight the importance of getting‚Ätwitter.com/i/web/status/1‚Ä¶1j

Louie Anderson, an Emmy winner whose career spanned from stand-up and game show host to starring roles in TV and fi‚Ätwitter.com/i/web/status/1‚Ä¶F6 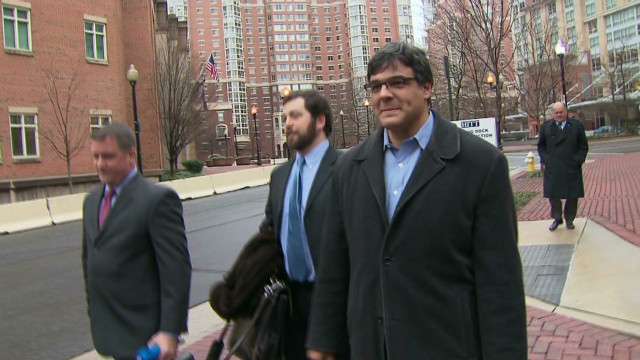 Ex-CIA officer pleads guilty to one charge in leak case

[Updated at 2:20 p.m. ET] A former CIA officer accused of revealing classified information to reporters has pleaded guilty to one of the allegations - that he illegally revealed the identity of a covert intelligence officer.

John Kiriakou, 48, also admitted to other allegations, including that he illegally told reporters the name of a different CIA employee involved in a 2002 operation to capture alleged al Qaeda terrorist Abu Zubaydah, and that he lied to a review board about a book he was writing, the Justice Department said.

But in a deal with prosecutors, Kiriakou pleaded guilty Tuesday in U.S. District Court in Alexandria, Virginia, only to the charge that he illegally revealed the first intelligence officer's name, the Justice Department said.

Kiriakou and prosecutors agreed to a prison sentence of 30 months. Judge Leonie Brinkema said she accepted the agreement, but sentencing will take place January 25.

The former CIA officer also agreed to give up his pension rights, though his wife still will be eligible to receive it if the attorney general says she has cooperated fully with the case.

Kiriakou, who was an intelligence officer from 1990 to 2004, had faced five charges, for which he could have received up to 45 years in prison.

After leaving court Tuesday, Kiriakou did not talk but stood while his attorney, Robert Trout, described him as a "loyal American who loves his country deeply." Trout indicated that Kiriakou would not have caused any harm on purpose.

An investigation began when lawyers for Guantanamo Bay, Cuba, detainees issued a court filing with classified information that the government hadn't provided. A probe found that the defense got the information from a journalist, who got it from Kiriakou, the Justice Department said.

Prosecutors say Kiriakou gave one journalist the name of a covert CIA officer and helped the reporter link him to a classified operation. Separately, Kiriakou told that journalist and a second reporter that a certain CIA analyst was associated with the Abu Zubaydah operation, even though the analyst's involvement was classified, the Justice Department said.

Zubaydah is one of three detainees the CIA later admitted waterboarding during interrogations. A government report revealed the simulated drowning technique was used on him 83 times. Zubaydah has yet to be charged by the U.S. government and is incarcerated at Guantanamo Bay.

Prosecutors also say Kiriakou, who co-wrote the book "The Reluctant Spy: My Secret Life in the CIA's War on Terror," lied to a CIA board that reviewed the book in 2008 before it was published.

According to the indictment, Kiriakou wrote about a classified investigative technique, and then lied to the review board when he told it that the technique was fictionalized. A CIA review board goes over all books and other writings by former or current CIA employees to guard against any disclosure of classified material.

The remote island nation of Kiribati went into lockdown for the first time since the Covid-19 pandemic began two ye‚Ätwitter.com/i/web/status/1‚Ä¶DM
cnni

11:46 am ET January 22, 2022 RETWEET
Researchers have discovered a possible link between the coronavirus pandemic and fewer instances of lightning repor‚Ätwitter.com/i/web/status/1‚Ä¶sN
CNNweather