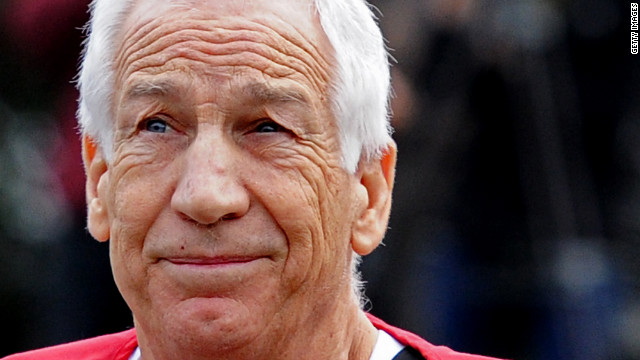 Sandusky will be physically and mentally evaluated at State Correctional Institution at Camp Hill before he is moved again to one of the state's 25 other prisons to serve out the rest of his sentence, corrections spokeswoman Susan McNaughton told CNN.

Sandusky, 68, was convicted in June of sexually abusing 10 boys and was sentenced earlier this month to no less than 30 years and no more than 60 years in prison.

Jurors determined that Sandusky, who retired from Penn State in 1999, used his access to university facilities and his foundation for underprivileged youths to sexually abuse the boys. During the trial, the 23-year-old man identified as Victim No. 4 testified that he was 13 when Sandusky sexually abused him in a university shower.

Sandusky is appealing his conviction. He had been jailed at the Centre County Correctional facility.