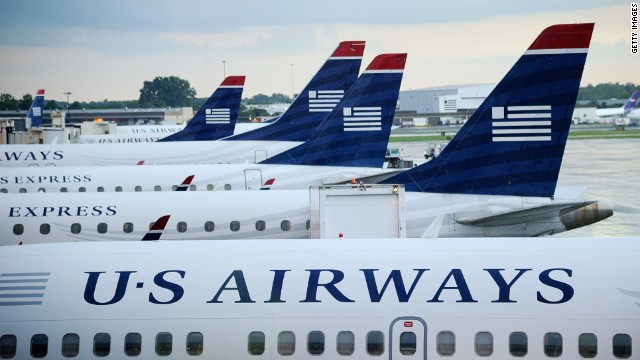 Hurricane Sandy is still a threat, not a reality, to many would-be travelers - but not for long.

That's why airlines are offering passengers the opportunity to tweak their travel plans in advance of the storm, which isn't expected to hit the U.S. East Coast in full until late Sunday or early Monday.

United Airlines, for instance, is allowing those ticketed to fly in and out of 26 airports - from Charleston, South Carolina, up to Portland, Maine - between October 28 and 31 to reschedule their flights by November 4 with no change fee.

Other airlines are making similar offers, though with slight variations. American will allow fee-free travel changes for the same dates and affecting 22 airports, the southernmost being in Raleigh/Durham, North Carolina, and the northernmost being Buffalo, New York.

Then there's Delta, which will allow flexibility for those traveling to or from coastal states from South Carolina up through New York, albeit the first travel date affected is Monday (not Sunday, as with the other airlines). U.S. Airways is waiving its change fees involving travel to and from 44 airports from Monday through Wednesday.

JetBlue's offer for the metropolitan New York and Washington areas applies only to October 29 and 30, and requires travelers to rebook by November 1.

In all cases, ticketed travelers are asked to contact the relevant airline to try to make alternative arrangements.

For more on Hurricane Sandy, read our full report.

A 15.81-carat diamond could fetch up to $38 million when it goes on sale in Hong Kong next week. cnn.it/3hjLFOm
cnni

9:00 am ET May 11, 2021 RETWEET
Authorities in Laos have reported a significant Covid-19 outbreak near the notorious Kings Romans casino, whose Chiâ€twitter.com/i/web/status/1â€¦rD
cnni

8:47 am ET May 11, 2021 RETWEET
Queen Elizabeth II carried out her first major engagement since the funeral of her husband Prince Philip cnn.it/3hnWEX7
cnni

8:30 am ET May 11, 2021 RETWEET
When a hurricane bears down on your town, it's important to gather supplies ahead of the storm. CNN meteorologist Jâ€twitter.com/i/web/status/1â€¦wJ
CNNweather

8:15 am ET May 11, 2021 RETWEET
The discovery of the ancient remains of nine Neanderthals, a pack of hyenas and several elephants in the Guattari Câ€twitter.com/i/web/status/1â€¦Wn
cnni