Remains found in Texas were identified as Army Spc. Vanessa Guillen, her family says. She had been missing since Ap‚Ätwitter.com/i/web/status/1‚Ä¶iu

At the University of Washington in Seattle, 121 students have tested positive for coronavirus, 112 of them resident‚Ätwitter.com/i/web/status/1‚Ä¶xY

A woman died Sunday after falling from a roller coaster in a theme park in Oise, France. A person was killed in 200‚Ätwitter.com/i/web/status/1‚Ä¶y2

Florida reports 9,999 new coronavirus cases, bringing the total number of cases in the state to 200,111‚Ätwitter.com/i/web/status/1‚Ä¶uJ

RT @CNNPolitics: Sen. Tammy Duckworth, who is being floated as a potential pick, on Biden choosing a Black woman for Vice President: "I'm s‚Ä¶ 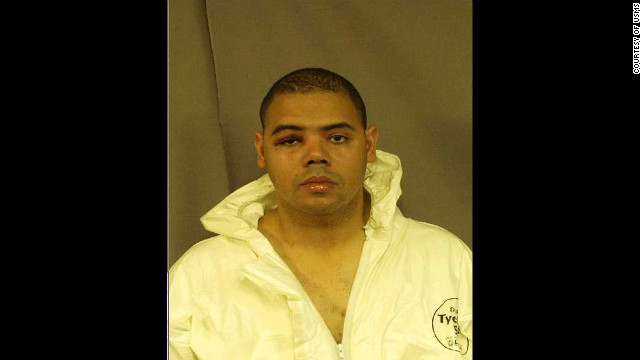 The suspect in the August 15 shooting of a security guard at the conservative Family Research Council in Washington pleaded not guilty Friday in a federal court to charges in the case.

Floyd Lee Corkins II was arraigned for the second time after seven new charges were filed against him Wednesday.

They include attempted murder, aggravated assault, second-degree burglary - all while armed - and three counts of possession of a firearm during a crime of violence. Corkins also was charged with committing an act of terrorism while armed, a charge that has never previously been prosecuted.

Corkins now faces a total of 10 counts in the case.

His public defender sought and was granted a continuance in the case to review the new charges.

The next hearing in the case is scheduled for December 3.

"I would never have imagined in a million years that I would get this virus the way that I did." A healthy 30-year‚Ätwitter.com/i/web/status/1‚Ä¶x3
cnni

8:01 pm ET July 5, 2020 RETWEET
The South Pole has been warming at over three times the global average over the past 30 years, a new study has foun‚Ätwitter.com/i/web/status/1‚Ä¶xz
cnni

7:31 pm ET July 5, 2020 RETWEET
New research debunks the popular method that says you should multiply the dog's age by 7 to compute how old a dog i‚Ätwitter.com/i/web/status/1‚Ä¶Ud
cnni

6:31 pm ET July 5, 2020 RETWEET
Singing at services has proven to be one way to spread a virus, according to the Centers for Disease Control and Pr‚Ätwitter.com/i/web/status/1‚Ä¶Zs
cnni