Editor's Note: A sizable 7.7-magnitude earthquake in western Canada triggered a tsunami that headed toward Hawaii, prompting evacuations of thousands from coastal areas. Geophysicists had feared waves between 3 and 7 feet to lash the Hawaii islands, beginning about 10:28 p.m. local time Saturday (4:28 a.m. Sunday ET). But Hawaii seems to have been spared the worst. There have been no apparent damage from the quake in Canada, nor from the tsunami in Hawaii. Here is the full story.

Here are the latest developments: ┬Ā

[Update 7:06 a.m.] The tsunami warning for Hawaii has been canceled. ┬ĀA tsunami advisory is now in effect.

A tsunami advisory indicates that strong currents or waves that are dangerous to those in or very near the water are expected, but significant inundation is not expected.

[Update 6:35 a.m.] Exercise patience. That is the message from Honolulu Mayor Peter Carlisle. "We are not in a position now where we believe it's safe for you to return," he told reporters. "I understand it's an unpleasant thing to stay away from your homes, your loved ones, your pets."

He said that until the island is out of the entire cycle of waves, it will be difficult to predict what will happen. "Sometimes the last ones are the dangerous ones," he said referring to the waves.

[Update 6:26 a.m.]┬ĀThere have been 23 aftershocks measuring 4.1 or greater since a 7.7-magnitude quake struck off the coast of Queen┬ĀCharlotte Islands in Canada late Saturday, the U.S. Geological Survey said.

[Update 5:50 a.m.] So when can Hawaiians return home? "We believe weŌĆÖll have enough information in the next 2 to 3 hours to be able to determine when and if weŌĆÖll be able to issue an all clear," said Peter Carlisle, Honolulu mayor. "As of now we do not want people returning to their homes. We want them to stay in a location where they are safe."

END_OF_DOCUMENT_TOKEN_TO_BE_REPLACED

With a strong pitching performance by Ryan Vogelsong, the ┬ĀSan Francisco Giants shut out the Detroit Tigers 2-0 on Saturday night, inching one step closer to winning the World Series.

Hurricane Sandy maintains strength; at least 45 dead in its wake

Editor's note: Sandy regained hurricane strength Saturday, as weather forecasts predict it will turn into a destructive "superstorm" and significantly impact the Eastern Seaboard on Sunday.

[Updated at 11:00 p.m.] Hurricane Sandy maintained its strength, with maximum 75 mph winds, as it churned through the Atlantic Ocean paralleling the U.S. East Coast.

The National Hurricane Center reported in its 11 p.m. advisory that that the storm's eye was 305 miles south-southeast of Cape Hatteras, North Carolina. Hurricane force winds, in excess of 74 mph, extend up to 105 miles out from Sandy's center.

Click here to read about what millions along the East Coast are doing before the storm hits, and check out this story to track preparatory steps being taken by officials in numerous states.

END_OF_DOCUMENT_TOKEN_TO_BE_REPLACED 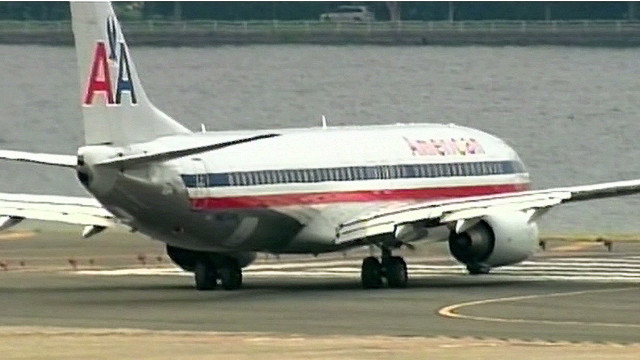 Planes, trains and automobiles - all these modes of transportation were affected Saturday by Hurricane Sandy, even with the storm many hours away from making landfall.

The storm is expected to cause massive flooding and widespread power outages when it hits the East Coast, in full, late Sunday and into next week. But before that happens, transportation companies and government officials are allowing - and, in some cases, urging - people to plan for the worst.

An Israeli airstrike east of Khanunis City in Gaza early Sunday left a 25-year-old man dead and another militant seriously injured, according to medical sources and the military wing of Hamas.

The airstrike reportedly occurred after an Israeli incursion into Palestinian territory.

[Update 4:47 p.m.] The death toll rose to 31 after a car bomb exploded outside a restaurant in a city 50 miles north of Baghdad, according to authorities.

[Posted at 3:05 p.m.] A wave of attacks in Iraq killed at least 30 people and wounded 66 more Saturday as Muslims marked the second day of the festival of Eid al-Adha, police said.

At least 14 people were killed and 28 others were wounded in two car bombs and a roadside bomb in two separate locations in eastern Baghdad's Sadr City, police said. The first car bomb was outside a busy restaurant; the second was followed by a roadside bomb near an outdoor market in the city, police added.

At least five Shiite pilgrims were killed when a roadside bomb in Taji, about 12 miles (20 kilometers) north of Baghdad, struck a minibus carrying them to visit Al-Askariya, or the "Golden Mosque."

A dozen more were wounded in the blast. Police said most of the casualties were Iranian pilgrims.

Police said operations were carried out in Madiun, East Java, Solo in Central Java, Bogor in West Java and Palmerah, as well as Kebong Kacang in Jakarta, according to the official Antara news agency.

"Explosives have been found in the form of bombs or materials ready for use," National Police headquarters spokesman Insp. Gen. Suhardi Alius is quoted as saying.

The family of disgraced UK TV presenter Jimmy Savile made its first public statement Saturday since a slew of claims of sexual abuse of under-age girls destroyed the reputation of a man they had regarded as a hero.

Savile's nephew, Roger Foster, had defended his late uncle - who hosted shows watched and heard by a generation of young Britons - in a newspaper interview before the allegations emerged in a TV documentary a month ago.

But as those few claims snowballed into hundreds, the family had to face up to the horrific truth: that the man they were so proud of as a media star and indefatigable charity fundraiser had a far darker side to his past.

A statement released Saturday by Foster spells out the family's anguish - and their deep sympathy for as many as 300 victims preyed on by Savile.

The documentary made them aware of "allegations of a darker side to him that we knew nothing about," Foster says - and the claims swiftly began to overwhelm the family.

A wave of attacks mars religious festival in Iraq

[posted at 4:32 a.m.] At least 10 people were killed in attacks near the capital, Baghdad, and in the northern Sunni city of Mosul on Saturday, police officials said, as Muslims marked the second day of Eid al-Adha, a major festival.

[Updated at 5:13 a.m.] The Syrian government accused "terrorists" of targeting a church with a car bomb in Deir Ezzor, according to a report on the state-run Syrian Arab News Agency.┬ĀThe government called it a violation of a temporary four-day truce called over the observance of the Muslim religious holiday Eid al-Adha.

The government allegation appears to contrast an opposition activist claim that the military police building in the eastern Syrian city looked to be the target. There has been no immediate claim of responsibility for the bombing.