The Supreme Court says Trump is not immune from subpoena, but NY prosecutor won't get financial papers yet. Rulingâ€twitter.com/i/web/status/1â€¦w1

German Chancellor Angela Merkel warns that "lies and disinformation" have emerged during the coronavirus pandemicâ€twitter.com/i/web/status/1â€¦6h

Another 1.3 million people filed first-time claims for unemployment aid last week, according to the Department of Lâ€twitter.com/i/web/status/1â€¦IL

The CDC will not revise guidelines for schools reopening, Director Dr. Robert Redfield says. His comments come a daâ€twitter.com/i/web/status/1â€¦uo

The mayor of Seoul, South Korea, has been reported missing and police have launched a search for him, an official sâ€twitter.com/i/web/status/1â€¦71 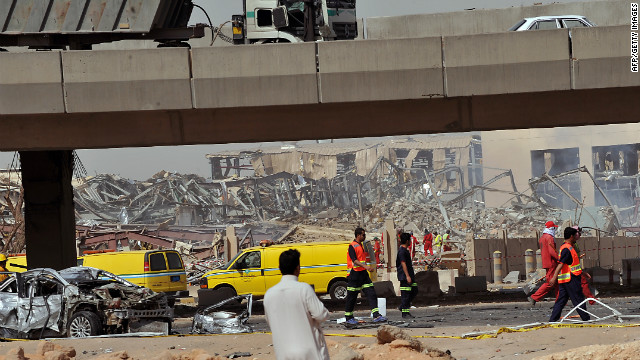 The accident occurred at a busy intersection in Riyadh.

Liverpool may have already won its first league title in 30 years but its incredible season just keeps rolling on. cnn.it/321qokE
cnni

10:15 am ET July 9, 2020 RETWEET
Nurses are struggling with trauma. But they were suffering long before Covid-19 hit cnn.it/2ZcidjA https://t.co/pU0Mjm2J5h
cnni