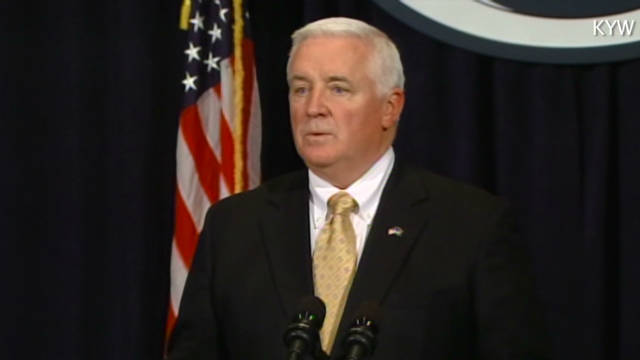 Former Penn State President Graham Spanier blasted the charge against him for allegedly covering up years of sexual abuse as a "desperate act" by the state's "vindictive and politically motivated" governor - an accusation that drew a biting retort from Gov. Tom Corbett.

Hours after being charged with conspiring to cover up abuse by former assistant football coach Jerry Sandusky, Spanier issued a statement accusing Corbett of failing "to warn the Penn State community about the suspicions surrounding" the since-convicted Sandusky.

He alleged that Corbett - who was the state's attorney general from 2005 through January 2011, when he became governor - "clearly knew" about the allegations between late 2008 and November 2011 and "yet failed to act."

Corbett's office fired back, saying by e-mail, "Graham Spanier's statement is the ranting of a man who has just been indicted for covering up for a convicted pedophile. His arrogance reveals a man who has just found out that he is not above the law after all."