President Biden has been officially cleared to emerge from isolation after a second negative test following a rebouā€twitter.com/i/web/status/1ā€¦KF

President Biden has tested negative for Covid-19 but will remain in isolation pending a second test, his physicianā€twitter.com/i/web/status/1ā€¦VC

Actress Anne Heche is in critical condition after crashing her car into a house in Los Angeles and suffering severeā€twitter.com/i/web/status/1ā€¦Bq

A Texas jury has decided to penalize Alex Jones with $45.2 million in punitive damages in a lawsuit filed by the paā€twitter.com/i/web/status/1ā€¦u8 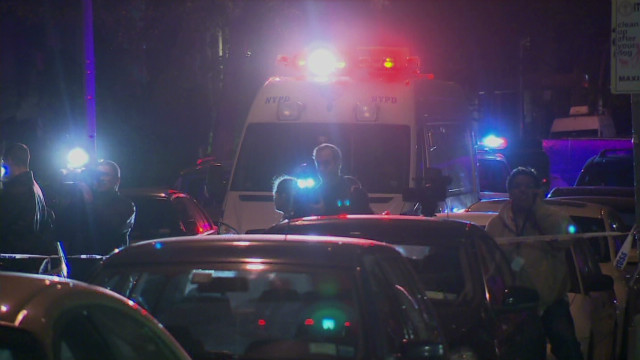 Ortega had been recovering since then at Weill Cornell Medical Center from stab wounds authorities believe were self-inflicted. From the outset, police suggested they thought Ortega had killed Lucia Krim, 6, and her brother Leo, 1, and she has been under police guard at the hospital.

On Saturday afternoon, Ortega was interviewed at her bedside by New York police detectives about what happened last month in the Crim family's Upper West Side apartment. Afterward, the New York resident was formally arrested and charged at 6:06 p.m., though she remains hospitalized under guard, according to Browne.

After initially finding her apartment dark, the slain children's mother entered a bathroom and found Lucia and Leo dead. Ortega then began stabbing herself with a kitchen knife, police Commissioner Ray Kelly said last month. The woman's wrists were slit.

Marina Krim, the mother, had left the children with the nanny to take her 3-year-old child Nessie to a swim lesson at a nearby YMCA, Kelly said. She had expected to meet the nanny around 5:30 p.m. at a dance class, but when Ortega failed to appear she went to the apartment.

US travelers may be rejoicing that a night out in Rome that once cost $100 now costs about $80, but it's a more comā€twitter.com/i/web/status/1ā€¦M6
cnni

1:30 pm ET August 7, 2022 RETWEET
A bipartisan pair of senators has called on the Biden administration to designate Russia as a state sponsor of terrā€twitter.com/i/web/status/1ā€¦R3
cnni

10:30 am ET August 7, 2022 RETWEET
Archie Battersbee, a 12-year-old British boy, at the center of a long legal battle between his parents and doctorsā€twitter.com/i/web/status/1ā€¦5b
cnni

@HeatwaveKGNS - Richard, hope all is well. Curious to know the source of the Iraq obs. Can you share the website thā€twitter.com/i/web/status/1ā€¦4a
CNNweather

1:30 pm ET August 7, 2022 RETWEET
A bipartisan pair of senators has called on the Biden administration to designate Russia as a state sponsor of terrā€twitter.com/i/web/status/1ā€¦R3
cnni