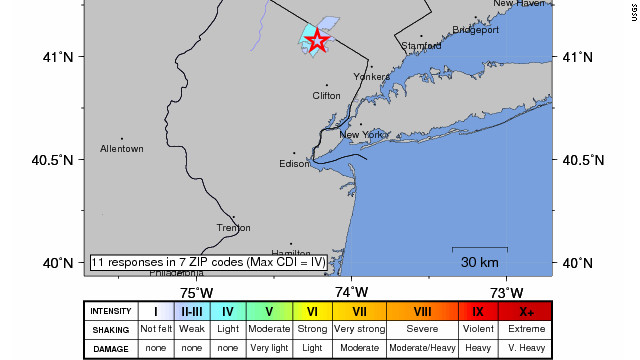 As if they haven't had enough headaches in New Jersey in the past week, this morning they can add earthquake to the list.

The magnitude-2.0 temblor struck at 1:19 a.m. and was centered two miles south-southeast of Ringwood, New Jersey, not far from the border with New York. The depth was 3.1 miles, according to the U.S. Geological Survey.

The agency logged 11 responses from people who said they felt the quake across seven zip codes in New York and New Jersey. Quakes in the eastern U.S. - even small ones like this - are typically felt over a larger area than quakes in the western part of the country, the USGS says. Quakes occur less frequently in the eastern U.S. than in the West.

No damage was reported from Monday's quake.

The largest quake ever recorded in New Jersey was a magnitude-5.3 temblor in 1783, according to the USGS.