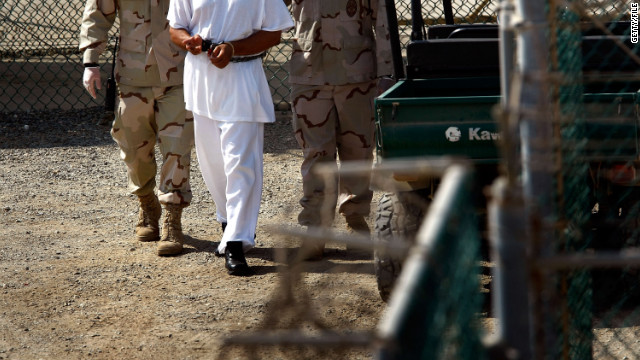 The detention facility colloquially referred to as Gitmo houses prisoners whom the government classifies as "unlawful enemy combatants," claiming many are terrorists. But there are different categories of alleged criminals at the base, and there are different security levels. In two "camps" at the detention facility, for instance, watching a TV show or movie is one of the few luxuries allowed, with certain restrictions.

"Television shows are vetted for subjects with the potential to create controversy," explains Capt. Jennifer Palmeri, a spokeswoman for Joint Task Force-Guantanamo.

As anyone who has seen the attack ads or heard from the candidates and their supporters knows, there has been no shortage of controversy thus far in the race between President Barack Obama and his Republican challenger, Mitt Romney. Still, heated campaign rhetoric isn't covered in the realm of "restricted topics (like) racial or cultural hate group ideologies or excessive graphic violence or nudity" that detainees can't watch, said Palmeri.

Moreover, some inmates may have already had a taste of the campaign.

"The detainees had the option to watch all three U.S. presidential debates and will have the opportunity to watch the election coverage," said Palmeri.