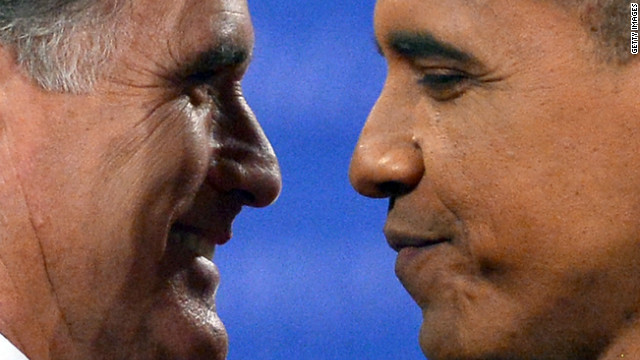 While the polls may show a slight lead for one candidate or the other, most fall within the margin of error, meaning this race is a toss-up. And that's how it's been for awhile, with neither candidate breaking away from his challenger.

The election will likely come down to key battleground states, and that's where the candidates, their running mates, their wives and their chief surrogates were making appearances Monday: in Ohio, Iowa, Florida, Virginia, Colorado, Wisconsin, Nevada, North Carolina, Pennsylvania and New Hampshire.

Get all the specifics on the campaign for the White House and other races across the country on CNN's Campaign Explorer.

Watch CNN's comprehensive coverage of Election Day starting at 6 p.m. ET Tuesday on CNN TV and follow online at CNN.com or via CNN’s apps for iPhone, iPad and Android. For up-to-the-minute results, go to cnn.com/results and for our real-time Election Day live blog, check out cnn.com/conversation. Need other reasons to watch Election Day coverage on CNN's platforms? Click here for our list.