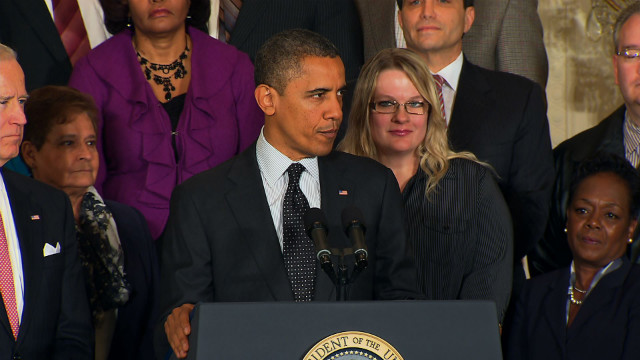 [Updated at 1:19 p.m. ET] President Barack Obama said he's invited congressional leaders from both parties to the White House next week for talks on reducing the deficit and avoiding the so-called fiscal cliff facing the economy at the end of the year.

Obama, speaking at the White House on Friday afternoon, repeated his stance that he wants a plan that would allow the expiration of Bush-era tax cuts only for income over $250,000.

The president said he's "not wedded to every detail of my plan," and that he's "open to compromise." But he said he wouldn't ask middle-class families to "pay down the entire deficitŌĆØ while the wealthy ŌĆ£are not asked to pay a dime more in taxes.ŌĆØ

House Speaker John Boehner said earlier Friday that it's important for lawmakers to work with Obama to avert the fiscal cliff. "This is an opportunity for the president to lead," he said.

Boehner also repeated his opposition to any tax increase in a deficit deal. "Raising tax rates will slow down our ability to create the jobs everyone says they want," he told reporters Friday. But he also said that "everything on the revenue side and on the spending side has to be looked at."

Visit the Political Ticker for more on Boehner's remarks.