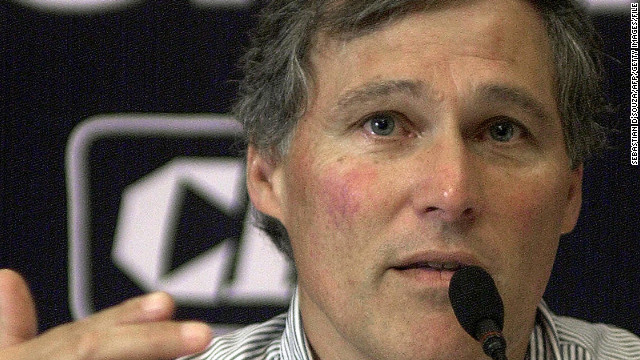 Democrats held onto the governorship in Washington on Friday, bringing an end to the only outstanding election from this week's governors' races.

"Despite the extraordinary efforts of our volunteers, donors, staff and everyone who's been part of Team McKenna, it appears we will fall short of victory when the last ballots are counted. After 17 months of hard work, that is a very disappointing result," said McKenna.

By Wednesday afternoon, CNN had projected winners in all but one of the elections - Washington - where mail-in ballots made up about 40% of the votes.

Republicans flipped North Carolina this year, expanding their national lead over Democrats at the statehouse level. The state hadn't elected a GOP governor since the 1980s.

This hilltop town in Spain has cut itself off from the outside world to fight coronavirus -- and there has not beenâ€twitter.com/i/web/status/1â€¦z7
cnni

12:20 pm ET April 3, 2020 RETWEET
@leahfinnegan @outline How can we help you? Venmo? Iâ€™ll be first to donate
sarasidnerCNN

12:12 pm ET April 3, 2020 RETWEET
RT @ChrisCuomo: So far...time. Chix soup. Constant fluid. This is a slog. Could be 2 weeks of low grade fever with spikes and lulls (pray fâ€¦
sarasidnerCNN