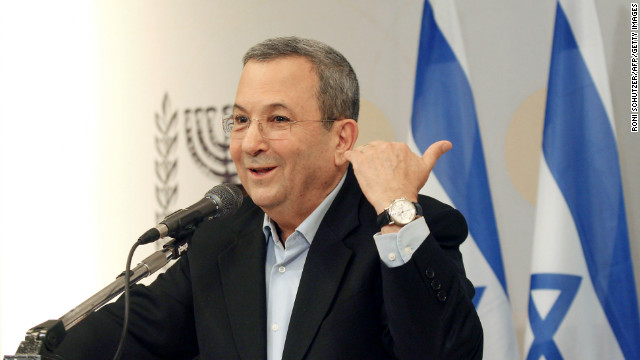 Israel's Defense Minister Ehud Barak announces he is quitting politics after a decades-long career, on November 26, 2012 in Tel Aviv.
November 26th, 2012
04:38 AM ET

His resignation comes at a highly delicate time for Israel, which is observing a fragile cease-fire in Gaza with the militant Palestinian group Hamas after an eight-day conflict that killed more than 160 people, the overwhelming majority of them Palestinians.

Barak, who is married and the father of three children, said Monday he will continue in the post for the next three months before elections due in January.

Barak said he won't contest the January elections. Some Israeli political commentators had speculated ahead of the announcement that Barak was planning to quit the Netanyahu government to form a new center-left party.