Police say they took knives and a sword from the Illinois shooting suspect's home in 2019 after a relative reportedā€twitter.com/i/web/status/1ā€¦sv

Justice Department sues Arizona to block a new law that would require proof of citizenship to register to vote in tā€twitter.com/i/web/status/1ā€¦NT

Negotiations on a deal to avoid the fiscal cliff got a jump-start on Monday with House Republicans offering a counter-proposal to President Barack Obama, but continuing to reject his call for higher tax rates on the wealthy.

The GOP proposal would result in $2.2 trillion in deficit savings over the next decade, including $800 billion from tax reform, $600 billion from Medicare reforms and other health savings, and $600 billion in other spending cuts, House GOP leadership aides told reporters.

The move followed a weekend of accusations by both sides that the other was not serious about reaching a deal to avoid the automatic tax hikes and spending cuts scheduled to take effect January 1 - what is known as the fiscal cliff that economists say will damage U.S. growth.

There was no immediate response to the Republican plan, which congressional aides said would be sent in a letter to the White House.

Syrian forces began combining chemicals that would be used to make deadly sarin gas for use in weapons to attack rebel and civilian populations, a U.S. official tells CNN.

The news was first reported on Wired's Danger Room blog and confirmed to CNN by the U.S. official.

The U.S. obtained intelligence over the past weekend indicating this concerning development, according to the official who had direct knowledge of the latest information. The intelligence, the official said, came from multiple sources but declined to provide any more specifics about how the U.S. learned the information.

The sarin gas, the source said, could most readily be used to fill artillery shells.

CNN reported on Sunday that U.S. intelligence is concerned about the Syrian government's intent regarding its vast chemical weapons stockpiles after what one senior U.S. official described as "worrying signs" of activity in "the last few days."Ā  The revelation that the Assad regime is mixing chemicals underscores why the rising concern.

U.S. warns Syria not to use chemical weapons

The United States warned Syria on Monday not to use chemical weapons amid intelligence reports indicating President Bashar al-Assad's regime could be preparing to take that step as it escalates its fight against rebel forces.

"I'm not going to telegraph in any specifics what we would do in the event of credible evidence that the Assad regime has resorted to using chemical weapons against their own people," Secretary of State Hillary Clinton said Monday. "But suffice it to say, we are certainly planning to take action if that eventuality were to occur."

"This isn't just about movement, but about potential intent to make certain chemical weapons ready for use," an intelligence official told CNN on condition of anonymity because of the sensitivity of the matter.

The official declined to describe the intelligence and acknowledged that the United States isn't entirely sure what the Syrian government is up to, or who ordered the moves. 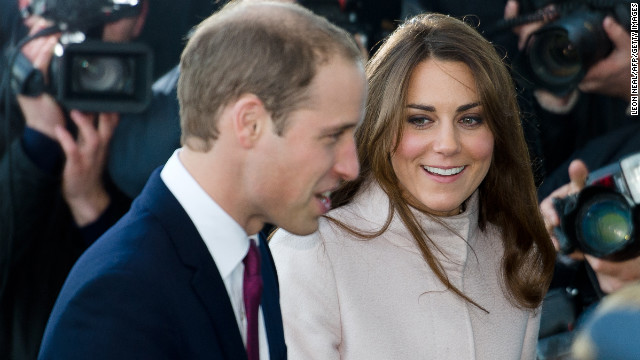 Britain's Prince William and Catherine Middleton are expecting their first child after 19 months of marriage, the palace announced Monday.

The royal revelation came as Catherine, Duchess of Cambridge, was admitted to a central London hospital with acute morning sickness. She is expected to be there for several days, the palace announcement said.

A gun control halftime show: Should Bob Costas have spoken out on Belcher suicide?

There are a few things you can usually expect out of an NFL halftime show. A debate about gun control isn't one of them.

But Sunday wasn't a normal day in the NFL. It was two days after Kansas City Chiefs linebacker Jovan Belcher shot and killed 22-year-old Kasandra Perkins, his girlfriend and the mother of his child, before killing himself outside the front door of the Chiefs' practice facility.

It was shocking. And it was expected that this tragedy would seep through into Sunday's football coverage.

But many people were not expecting Bob Costas to make a plea for gun control.

During halftime of NBC's "Sunday Night Football," Costas blamed the nation's gun culture for what happened between Belcher and his girlfriend, remarks that set off a heated debate about whether the sportscaster should have launched into what some called a "rant" on gun control.

END_OF_DOCUMENT_TOKEN_TO_BE_REPLACED

'There are people with arms and legs missing,' witness says of Syrian airstrikes

The attack came as NATO ministers considered whether to send missiles to Turkey should the civil war spill across its border.

The bombing in Ras al-Ain is the latest in a series of airstrikes across Syria launched by President Bashar al-Assad's forces in an attempt to drive back rebel advances in a number of locations, including in and around the capital city of Damascus, according to opposition activists.

While the Local Coordination Committees, an opposition group, said 36 people died Monday in fighting nationwide, it was not immediately known how many people were killed or wounded in the Ras al-Ain airstrike. But Saitavci said the wounded were making their way to the border, where they were being picked up by ambulances.

"There are people with arms and legs missing coming across," he said.

9 bodies recovered from vehicles crushed by tunnel collapse in Japan

Nine bodies - eight of them burned - have been pulled from vehicles crushed in a tunnel collapse about 80 kilometers (50 miles) west of Tokyo, highway police said Monday.

The disaster has prompted Japanese authorities to order emergency checks on dozens of other tunnels across the country that have a similar design, as questions were raised about whether aging parts may have contributed to the collapse.

Five of the bodies were recovered in one charred station wagon, and three others were in another burned vehicle, according to a police spokesperson. The other fatality was in a truck.

The Sasago tunnel on the Chuo Expressway remained closed Monday morning, one day after the cave-in occurred on the highway's Tokyo-bound lanes, police from the nearby city of Otsuki said. 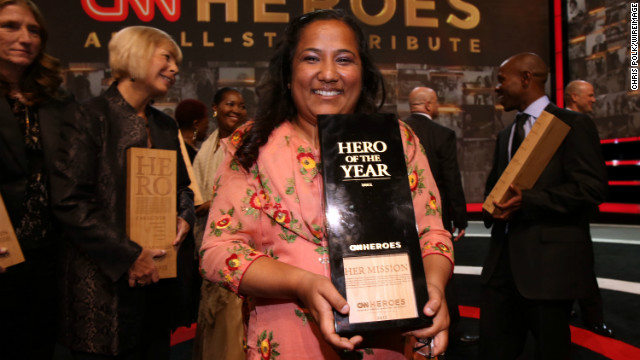 Pushpa Basnet, a Nepalese woman who supports children so they don't have to live behind bars with their incarcerated parents, was named the 2012 CNN Hero of the Year on Sunday night.

Nepal is one of the poorest countries, and space is very limited in the few group homes affiliated with the government. So when a parent is incarcerated and no other guardian can be found, children have little choice but to live in prison as well.

Basnet, 29, is determined to give these children another option.

6:15 am ET July 6, 2022 RETWEET
Top-of-the-line F-35 stealth fighter jets from the United States and South Korea are teaming up for the first timeā€twitter.com/i/web/status/1ā€¦Lg
cnni

6:00 am ET July 6, 2022 RETWEET
North Korea appears to have released water from a dam near its border with South Korea, prompting vacationers in thā€twitter.com/i/web/status/1ā€¦5t
cnni

5:45 am ET July 6, 2022 RETWEET
China's northwestern city of Xi'an, home to 13 million people, was partially shut down on Wednesday after it reportā€twitter.com/i/web/status/1ā€¦G6
cnni

6:15 am ET July 6, 2022 RETWEET
Top-of-the-line F-35 stealth fighter jets from the United States and South Korea are teaming up for the first timeā€twitter.com/i/web/status/1ā€¦Lg
cnni

6:00 am ET July 6, 2022 RETWEET
North Korea appears to have released water from a dam near its border with South Korea, prompting vacationers in thā€twitter.com/i/web/status/1ā€¦5t
cnni

5:45 am ET July 6, 2022 RETWEET
China's northwestern city of Xi'an, home to 13 million people, was partially shut down on Wednesday after it reportā€twitter.com/i/web/status/1ā€¦G6
cnni

6:44 pm ET July 5, 2022 RETWEET
Police say they took knives and a sword from the Illinois shooting suspect's home in 2019 after a relative reportedā€twitter.com/i/web/status/1ā€¦sv
cnnbrk

6:07 pm ET July 5, 2022 RETWEET
Justice Department sues Arizona to block a new law that would require proof of citizenship to register to vote in tā€twitter.com/i/web/status/1ā€¦NT
cnnbrk