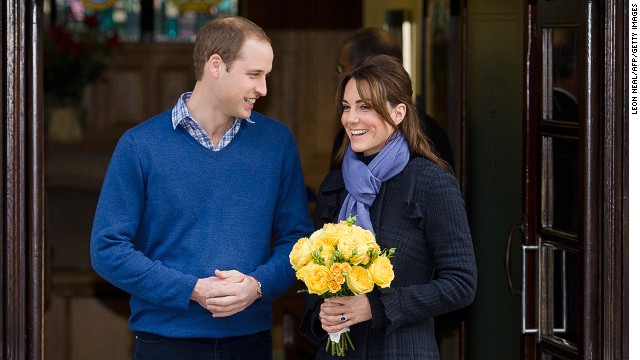 Britain's Prince WiIliam, the Duke of Cambridge, with his wife Catherine, Duchess of Cambridge, as they leave the hospital.
December 6th, 2012
06:13 AM ET

She emerged from the hospital accompanied by her husband Prince William and was driven away by a waiting car.

A St. James's Palace spokesman said: "The Duchess of Cambridge has been discharged from the King Edward VII Hospital and will now head to Kensington Palace for a period of rest.‚Ä¨‚Ä™

"Their Royal Highnesses would like to thank the staff at the hospital for the care and treatment The Duchess has received."

10:13 pm ET April 3, 2020 RETWEET
This inseparable couple had been married for more than 51 years. They started feeling ill last month, and on Sunday‚Ätwitter.com/i/web/status/1‚Ä¶bR
cnni