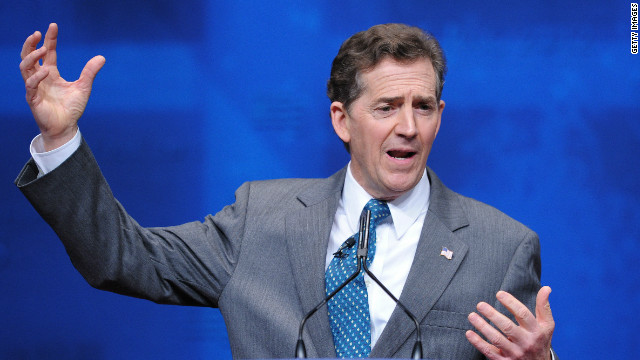 Jim DeMint will step down from Senate

Republican Sen. Jim DeMint of South Carolina will resign from his Senate seat as of December 31 to take over as head of the Heritage Foundation, CNN has learned.

Elected in 2004, he was re-elected in 2010. His term was not up until 2016. South Carolina Gov. Nikki Haley, a Republican, will name a successor. A special election will then be held in 2014 for the last two years of his term.

It's been an honor to serve the people of South Carolina, now it's time to pass the torch and take on a new role 1.usa.gov/TUxBWC

This story is developing. For more information you can follow the story on our Political Ticker blog.

Haiti's biggest celebration of the year, Carnival, has been canceled after deadly protests and gunfire interruptedâ€twitter.com/i/web/status/1â€¦4e
cnni