Sidelined by a stomach virus, U.S. Secretary of State Hillary Clinton will skip the Friends of Syria meeting in Morocco on Wednesday, her spokesman said.

Deputy Secretary William Burns will go in Clinton's place to the meeting in Marrakech.

"We will let you know when she shakes this bug and resumes a public schedule," said spokesman Philippe Reinnes.

Obama, Boehner try to talk their way down from fiscal cliff

It's crunch time for avoiding the fiscal cliff as President Barack Obama and House Speaker John Boehner and their aides hold private talks on issues that will impact every American.

Three weeks remain to cut a deal before the automatic tax hikes and spending cuts of the fiscal cliff go into effect on January 1.

Obama and Boehner met face-to-face on Sunday for the first time since November 16. It also was their first one-on-one meeting in more than a year, when talks broke down on a comprehensive agreement to reduce the nation's chronic federal deficits and debt.

In a rare display of bipartisan concurrence, both sides issued identical statements after the meeting that said no details would be forthcoming. Staff on both sides also have been talking, but few details were available. 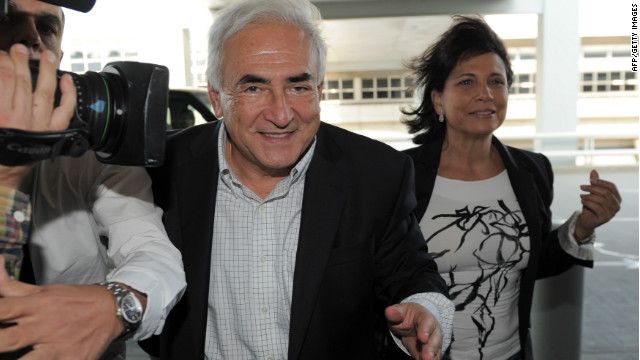 A New York hotel housekeeper and former IMF chief Dominique Strauss-Kahn have reached a settlement in her civil lawsuit against him over an alleged sexual assault, a judge said Monday.

Strauss-Kahn pleaded not guilty in June to the charges that prompted him to resign from his post as managing director of the IMF. Prosecutors have recently disclosed credibility issues regarding the hotel maid. 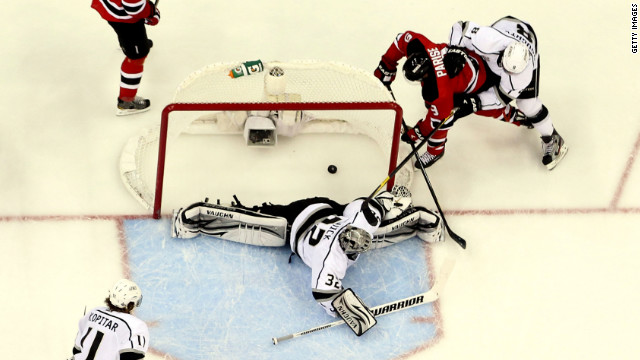 If you were hoping for some good news on the NHL season, well, you're going to have to keep hoping.

The league announced on Monday that games through December 30 have been cancelled after the players' association and the NHL could not reach a new collective bargaining agreement.

If you're playing along at home this brings the total number of cancelled games to 526.

The U.S. government will declare the Syrian radical rebel group Jabhat al-Nusra a foreign terrorist organization on Tuesday, according to documents posted on the federal register.

The group will be considered an alias for the already proscribed Al-Qaeda in Iraq group, the notice said.

The group of hardline Islamists, commonly known as the al-Nusra Front includes fighters with experience in the Iraqi insurgency.Â  They have been behind many military successes for Syrian rebels, but also some of their more extreme tactics like suicide bombings.

The goal of the designation is to isolate extremists groups in Syria while giving a boost to the new political opposition group unveiled at a summit in Doha, Qatar, last month, CNN's Security Clearance blog reported last week.

The United States and other western governments had pushed for the formation of a new opposition group that was more representative of people inside Syria, as opposed to a group mostly comprised of Syrian expatriates.

The U.S. Defense Department on Monday identified the SEAL killed during a successful raid to free a captive doctor in Afghanistan.

While the Defense Department announcement said only that Checque belonged to an "East Coast-based Special Warfare Unit," a U.S. official said the man was a member of the Navy's Special Warfare Development Group, more commonly known as SEAL Team Six. The elite unit is the same one that took part in the raid that killed al Qaeda leader Osama bin Laden.

The official didn't know if the SEAL who died was involved in that operation.

[Updated at 12:22 p.m. ET] King Edward VIIâ€™s Hospital has announced they have launched a memorial fund for Jacintha Saldanha.

"Jacintha Saldanha sadly died last week in tragic circumstances. She was an outstanding nurse whose loss has shocked and saddened everyone at the hospital," Lord Glenarthur, Chairman of King Edward VII's Hospital, said in a press release. "Following discussions with her family, we have now established the Jacintha Saldanha Memorial Fund in her memory."

[Updated at 10:58 a.m. ET] British Prime Minister David Cameron said on Monday that the death of Jacintha Saldanha, the nurse who committed suicide in London after the prank call from the Australian radio station 2day FM, was an "absolute tragedy."

[Posted at 7:46 a.m. ET] An Australian radio network at the heart of a hoax targeting Prince William's pregnant wife canceled the show responsible for the prank on Monday, expressing deep regret following the death of a nurse who took a call from the DJs involved.

The two DJs "will not return to the airwaves until further notice," the statement from the network, Southern Cross Austereo, said.

The company also suspended all prank calls, pulled advertising and ordered a comprehensive review of relevant policies and processes.

The DJs, Mel Greig and Michael Christian, who were impersonating Queen Elizabeth and Prince Charles, called the hospital Tuesday and gained information about the condition of Catherine, Duchess of Cambridge - which they subsequently played on air.

On Friday, the nurse who transferred the call through to the ward, Jacintha Saldanha, was found dead after apparently committing suicide.

A large 7.2-magnitude earthquake has occurred in a remote area of the ocean off Indonesia, according to the U.S. Geological Survey.

The Pacific Tsunami Warning Center has not issued an alert, saying that the quake was too deep to generate a wave.

On Saturday, Chavez announced that his cancer had returned and said he wanted Maduro to replace him if "something were to happen that would incapacitate me."

A possible tornado touched down in northern Birmingham, Alabama, early Monday morning, the National Weather Service said on its website.

There are reports of several houses damaged, including houses with roofs torn off, the web site said. Power lines were also down.

Phone calls by CNN to the Birmingham Department of Emergency Management were not immediately returned. There were no initial reports of injuries.

iReport: Are you there? Send photos, video, but be safe

The talk in Washington is all about the "fiscal cliff" and what the president and Congress need to do to avoid it.Â  Watch CNN.com Live for continuing coverage of the fiscal cliff crisis.

12:00 pm ET - Afghanistan stability briefing - The Pentagon holds a briefing with reporters on the current situation in war-torn Afghanistan.

END_OF_DOCUMENT_TOKEN_TO_BE_REPLACED

Mexican-American singer Jenni Rivera died when the small plane she was traveling in with at least five others crashed in the mountains in northern Mexico, her brother told CNN.

Authorities notified the family there were no survivors, Gustavo Rivera said late Sunday.

There were conflicting reports about the number of people onboard the plane that took off early Sunday from Monterrey, Mexico, and lost contact with air traffic controllers a short time later.

Gustavo Rivera said there were six people, including his sister, her publicist, her lawyer, a family friend and two pilots. Rivera's father, according to published reports, said there were up to seven people on the plane, though he did not identify those believed to be onboard.

The news from Rivera's brother confirmed what authorities suspected earlier in the day.

"The aircraft was destroyed, totally fragmented," Alejandro Argudin, director general of Civil Aviation, told CNN affiliate Televisa. At the time, he said he believed no one survived the crash.

Fighting deportation to Belize, McAfee says he wants to go to the United States

The man is nothing if not mercurial.

John McAfee, the American tech mogul fighting deportation to Belize, where authorities want to question him about the killing of a neighbor, said late Sunday that he wants to return to the United States.

He spoke to reporters via a video stream from an immigration detention center in Guatemala City. McAfee emerged in that capital to ask for asylum last week, after weeks of living in hiding. His bid was rejected, but a Guatemalan judge granted a stay of deportation.

"Our intent is to return to America, if at all possible, and settle down to whatever normal life we can settle down to under the circumstances," said McAfee. "There is no hope for my life if I am ever returned to Belize."

Authorities in Belize want to talk to the 67-year-old Internet security founder about the November 11 killing of his neighbor, American businessman Gregory Faull.

McAfee said he had nothing to do with the death and insists he left Belize to escape police persecution. He was taken into custody in Guatemala on accusations of entering the country illegally.

1:30 am ET January 27, 2022 RETWEET
The prospect of testing positive for Covid-19 â€” and thus missing out on the chance of competing â€” looms over evetwitter.com/i/web/status/1â€¦LTGLng
cnni

12:47 am ET January 27, 2022 RETWEET
US President Biden reversed a number of the Trump administration's policies during his first year in office â€” but htwitter.com/i/web/status/1â€¦0fu0
cnni