A member of the Commission on Presidential Debates says Trump's attacks on the commission are "just wrong," a rareŌĆtwitter.com/i/web/status/1ŌĆ”ea 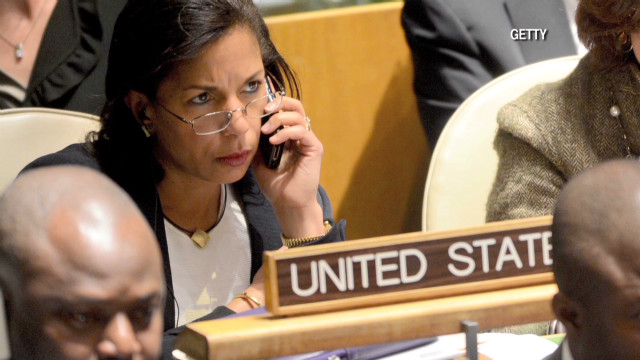 U.N. Ambassador Susan Rice has withdrawn her name from consideration for Secretary of State.

This is part of what she wrote to President Obama:

I am highly honored to be considered by you for appointment as Secretary of State. I am fully confident that I could serve our country ably and effectively in that role. However, if nominated, I am now convinced that the confirmation process would be lengthy, disruptive and costly - to you and to our most pressing national and international priorities. That trade-off is simply not worth it to our country.

Here's the full letter from Rice to Obama.

Obama said in a statement:

"For two decades, Susan has proven to be an extraordinarily capable, patriotic, and passionate public servant."

Rice had been considered a front-runner to replace Hillary Clinton as the nation's top diplomat.

We'll have more reaction and analysis on CNN's Political Ticker and CNNPolitics.com.

Trump's advice to Americans to not let Covid-19 dominate their lives was of little comfort for Alice Roberts. "It'ŌĆtwitter.com/i/web/status/1ŌĆ”tG
cnni

5:51 pm ET October 21, 2020 RETWEET
A newly recruited firefighter in Los Angeles put out a major fire even before being formally introduced at a news cŌĆtwitter.com/i/web/status/1ŌĆ”84
cnni

5:21 pm ET October 21, 2020 RETWEET
It's hard to imagine there is a part of the human body that's gone unnoticed by doctors after centuries of medicalŌĆtwitter.com/i/web/status/1ŌĆ”ne
cnni

5:10 pm ET October 21, 2020 RETWEET
Some celebrities did not appreciate the response to a tweet that resulted in many saying Chris Pratt could be tosseŌĆtwitter.com/i/web/status/1ŌĆ”G2
cnni