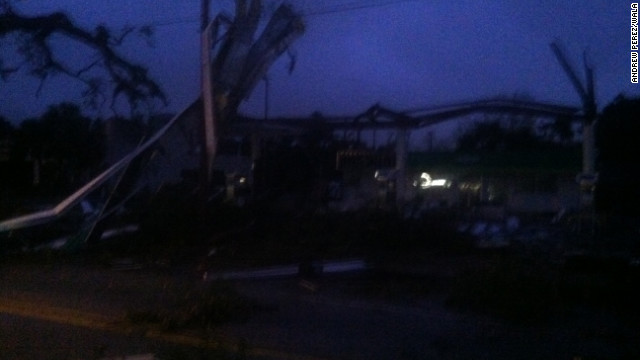 [Updated at 11:32 a.m. ET] The storm that swept through the Mobile, Alabama, area on Thursday morning damaged five Red Cross disaster trailers, an agency official tells CNN. The storm also broke windows in the Red Cross building, but no injuries were reported to Red Cross staff.

[Updated at 8:55 a.m. ET] Mobile, Alabama, police tell CNN that trees are down, power is out and business have been damaged in the Spring Hill Avenue and Moffett Avenue areas of the city by strong storms that swept through the area Thursday morning.

[Posted at 7:27 a.m. ET] Fire dispatchers in Mobile, Alabama, are reporting structural damage in the midtown part of the city after severe storms swept through the area early Friday. Mobile police tell CNN at least two people have been injured.

Tornado warnings were if effect for parts of southern Alabama and northwestern Florida on Thursday morning.