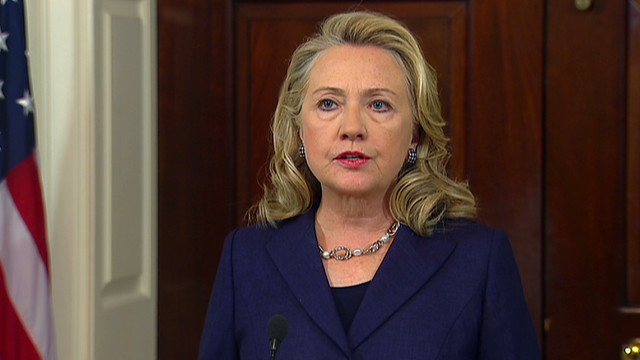 "Her medical team advised her that she is making good progress on all fronts, and they are confident she will make a full recovery," the department said. "She's eager to get back to the office, and we will keep you updated on her schedule as it becomes clearer in the coming days. Both she and her family would like to express their appreciation for the excellent care she received from the doctors, nurses and staff at New York Presbyterian Hospital Columbia University Medical Center.

Clinton had been admitted Sunday due to a blood clot that was discovered during a follow-up exam related to a concussion she suffered last month.