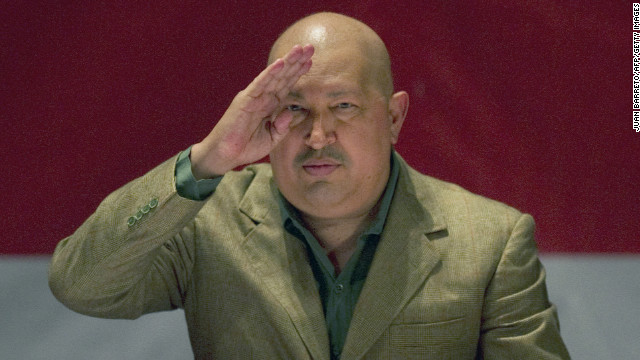 Court: Venezuela's Chavez will keep presidency, oath or not

Venezuela's ailing President Hugo Chavez will not lose his position even if he is not sworn in on Thursday for a new term, the country's Supreme Court said Wednesday, reaffirming the position of the government.

Chavez can be sworn in at a later date in front of the court, it said. It also ruled that he is on a permitted leave, and that there is not a permanent absence, which would have triggered new elections under the constitution.

Officials said yesterday that medical treatment in Cuba will keep Chavez from being sworn in for his new term this week. The 58-year-old Venezuelan president has been treated for cancer in Cuba for the past month.

6:23 pm ET January 16, 2021 RETWEET
â€śwarned of a violent scenario in which â€śCongress itselfâ€ť could be the target of angry supporters of President Ttwitter.com/i/web/status/1â€¦cSTGrQCC
susancandiotti