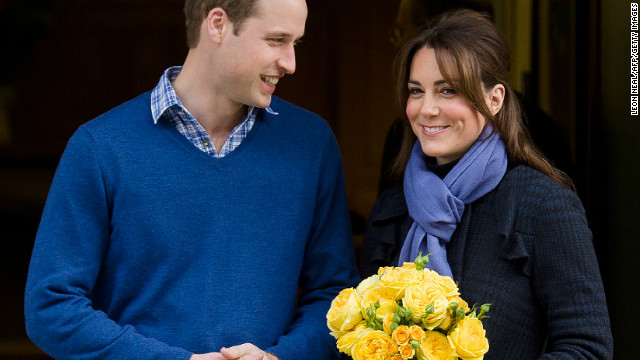 Royal baby due in July

Prince William and Catherine, Duchess of Cambridge, are looking at July for the arrival of their first child, the palace announced Monday.

The baby will be third in line to the throne, after Prince Charles and Prince William.

Catherine was admitted to King Edward VII Hospital for three days in December for acute morning sickness. The hospitalization prompted an early announcement of her pregnancy.

The couple were married at Westminster Abbey on April 29, 2011, in London's biggest royal wedding in three decades.

Their baby would be the first grandchild of Prince Charles and the late Diana, Princess of Wales.