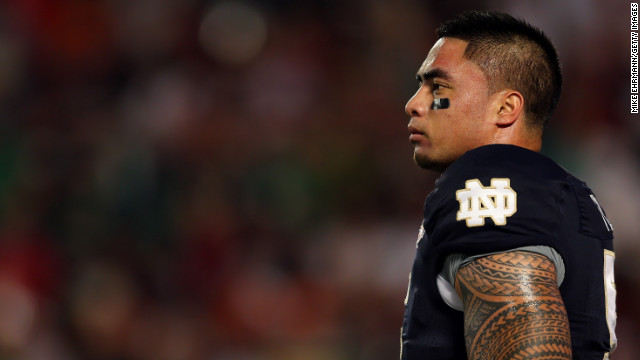 Notre Dame linebacker Manti Te'o said Wednesday he was the victim of a "sick joke" that resulted in the creation of an inspirational story that had him overcoming the deaths of his grandmother and girlfriend as the team marched toward the BCS National Championship Game.

His statement came after the sports website Deadspin published an article that called the girlfriend story a "hoax" and raised questions about whether she ever existed.

Jack Swarbrick, director of athletics at Notre Dame, told reporters Wednesday night that Te'o was the victim of an elaborate hoax. "And he will carry that with him for a while," Swarbrick said.

Te'o's own words on girlfriend

Social media lights up over story