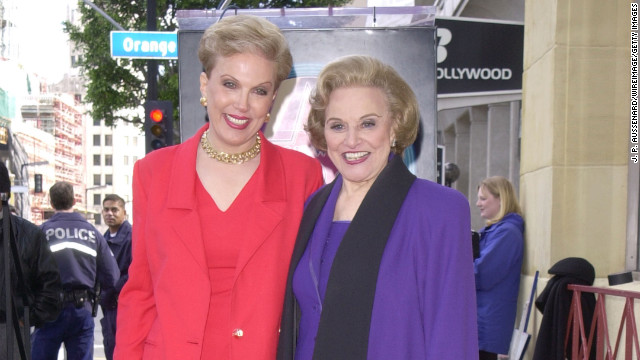 Pauline Phillips, right, and daughter Jeanne Phillips are honored with a star on the Hollywood Walk of Fame in February 2001.
January 17th, 2013
02:20 PM ET

Pauline Phillips, better known to millions of newspaper readers for decades as the Dear Abby advice columnist, has died after a long battle with Alzheimer's Disease, her family said Thursday.

She died Wednesday in Minneapolis, Minnesota, at age 94.

Phillips, who wrote under the name of Abigail Van Buren, was the twin sister of Esther Pauline Lederer, also known as the advice columnist Ann Landers. Lederer died in June 2002 at the age of 83.

5:55 pm ET April 3, 2020 RETWEET
US President Trump is being urged to consider calling for nationwide stay-at-home recommendations, something he hasâ€twitter.com/i/web/status/1â€¦vH
cnni

5:12 pm ET April 3, 2020 RETWEET
"In the absence of a [coronavirus] vaccine, the best protection the nation has is the protection of frontline medicâ€twitter.com/i/web/status/1â€¦rZ
cnni