The US is purchasing an additional 500 million Pfizer Covid-19 vaccines to donate to lower-income countries startinā€twitter.com/i/web/status/1ā€¦cr

House passes a bill to prevent a government shutdown and suspend the nation's borrowing limit, but it's unlikely toā€twitter.com/i/web/status/1ā€¦fU

'Decisive decade for our world': President Biden began his address to the UN by acknowledging the huge losses globaā€twitter.com/i/web/status/1ā€¦db

President Biden speaks at the UN where he's expected to address the Afghanistan withdrawal, the Covid-19 pandemic aā€twitter.com/i/web/status/1ā€¦Rf 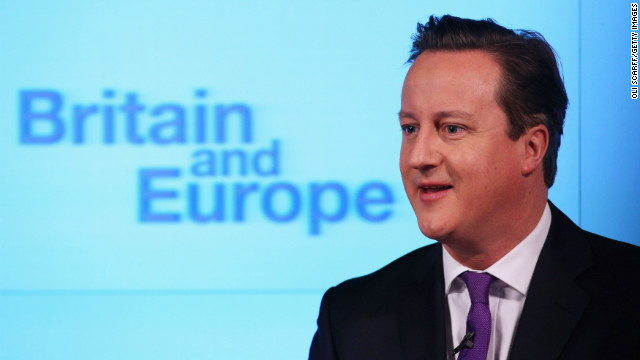 British Prime Minister David Cameron promised Wednesday that a referendum would be held on Britain's membership of the European Union, if his party wins the next election in 2015.

Cameron said the British people should have a choice about whether to remain in the EU on the basis of a renegotiated settlement - or to leave.

Netflix says it has acquired the rights to Roald Dahl's stories and plans to create a "unique universe" of productsā€twitter.com/i/web/status/1ā€¦wk
cnni

8:00 am ET September 22, 2021 RETWEET
Women who have been sexually assaulted have a higher risk of developing a type of brain damage that has been linkedā€twitter.com/i/web/status/1ā€¦8m
cnni

7:19 am ET September 22, 2021 RETWEET
A 20-year-old gas station worker was shot and killed after an argument about a face mask. The suspect later gave hiā€twitter.com/i/web/status/1ā€¦2y
cnni