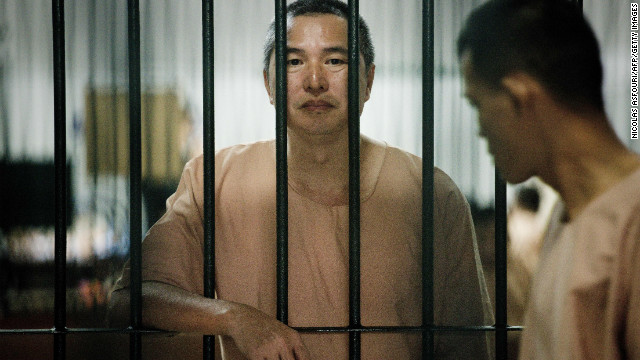 A Thai court on Wednesday sentenced a political activist to 10 years in prison for insulting the country's revered king, a decision that drew criticism from human rights groups and the European Union.

The Criminal Court in Bangkok ruled that Somyot Pruksakasemsuk had breached Thailand's strict lese majeste laws when a newspaper he edited, Voice of Thaksin, published two satirical articles that were found to be critical of the monarchy.

12:31 am ET January 19, 2022 RETWEET
Update: â€śVerizon and AT&T said on Tuesday that they would delay the debut of new 5G cellular service near some airptwitter.com/i/web/status/1â€¦YI8r
susancandiotti